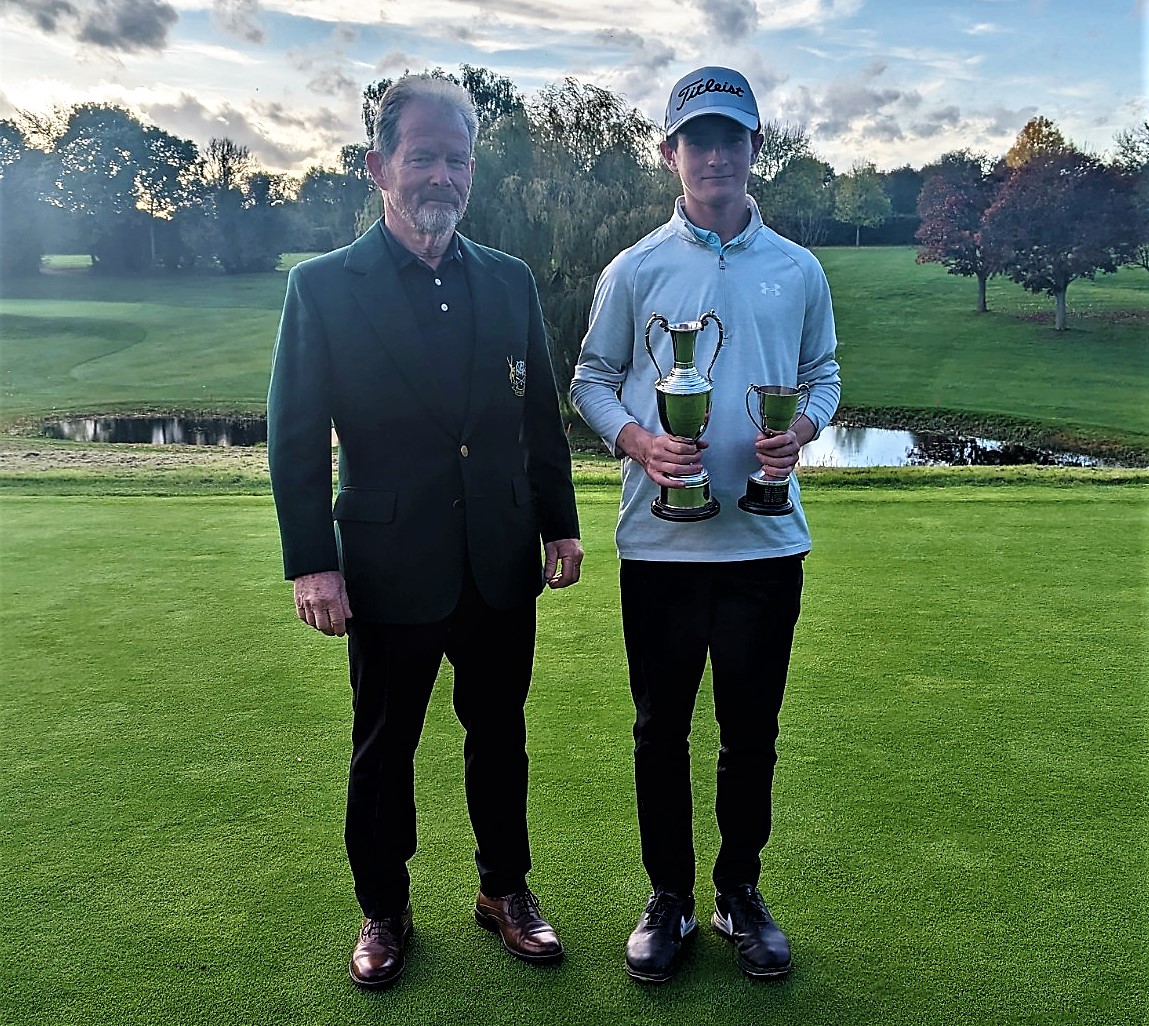 Our final County competitions of the 2022 season were played yesterday (Thu 27 Oct), with the Boys Under 16 Championship and the Girls Autumn Meeting events being played simultanously at Welwyn Garden City Golf Club. 15 girls and 56 boys made up a full field of budding junior golfers, with the girls playing stableford points with both nett and gross prizes and the boys playing medal strokeplay, but again with both nett and gross prizes.

The day started with some squally showers for the early starters to contend with, but thankfully the weather improved considerably and the vast majority of the day was bathed in autumnal sunshine.

The course was presented excellently, albeit the recent wet and windy weather have meant a sudden and dramatic dump of leaves across the course which provides a real challenge at present to locate balls hit in the rough and particularly under trees.

In the Girls event, Anya Martin of Verulam returned the best stableford score of the day with an impressive 37 points to win the Autumn Cup. Closely behind on 36 was Tala Clarke of Knebworth, but this was achieved with her 1 handicap and as such was an adjusted gross stableford score off scratch of 35 points, the best score relative to scratch and therefore the winner of the Barbara Quirk Shield. There were also some cumulative prizes with scores on the day combined with the scores achieved for those who played at the Girls Spring Meeting event, this year played at Aldwickbury Park back in the Easter School Holidays. The winner of the Handicap Plate with the best combined nett scores was Alecia Ibekwem of West Herts with a aggregate 66 points across the two events. In the Scratch competition for the Cuningham Plate the aforementioned Tala Clarke stormed through to win with an aggregate 60 points off scratch across both events.

In the Boys event, home player 15 year old Harry Cox, who earlier in the year won the main overall Boys Championship title, as well as the Malcolm Reid Trophy for the best U16 36 hole score that day, added the Boys Under 16 Championship title to his growing trophy cabinet with the only under par score of the day with a terrific gross 68 (-2). Harry also would win the James Cup for the best U15 gross score for good measure. Jacob Lovett of Letchworth won the overall handicap prize on the day with a nett 67. In the youngest age category, Jaego Gardiner of Porters Park edged out his brother River by back nine count back after both had tied on gross 79 (+9) to take the Harkett Trophy. In the handicap category William Paas of Knebworth won the prize with nett 71. In the U15 age category, as the one prize voucher rule was in place, the voucher went to runner up behind the aforementioned Harry Cox in the gross Finlay Rennie of Centurion with a 71. In the handicap category Aarron Gould of Knebworth won the prize with a nett 69. In the oldest age category, U16, Patrick Donovan of Essendon won the Duke Cup with a gross 76 and Brandon Macciochi, also of Essendon, won the handicap prize with a nett 69.

Our thanks to Welwyn Garden City GC for hosting the event and we wish them well for their upcoming Centenary year.

Click here to view the full scores from the Girls event

Click here to view the full scores from the Boys event 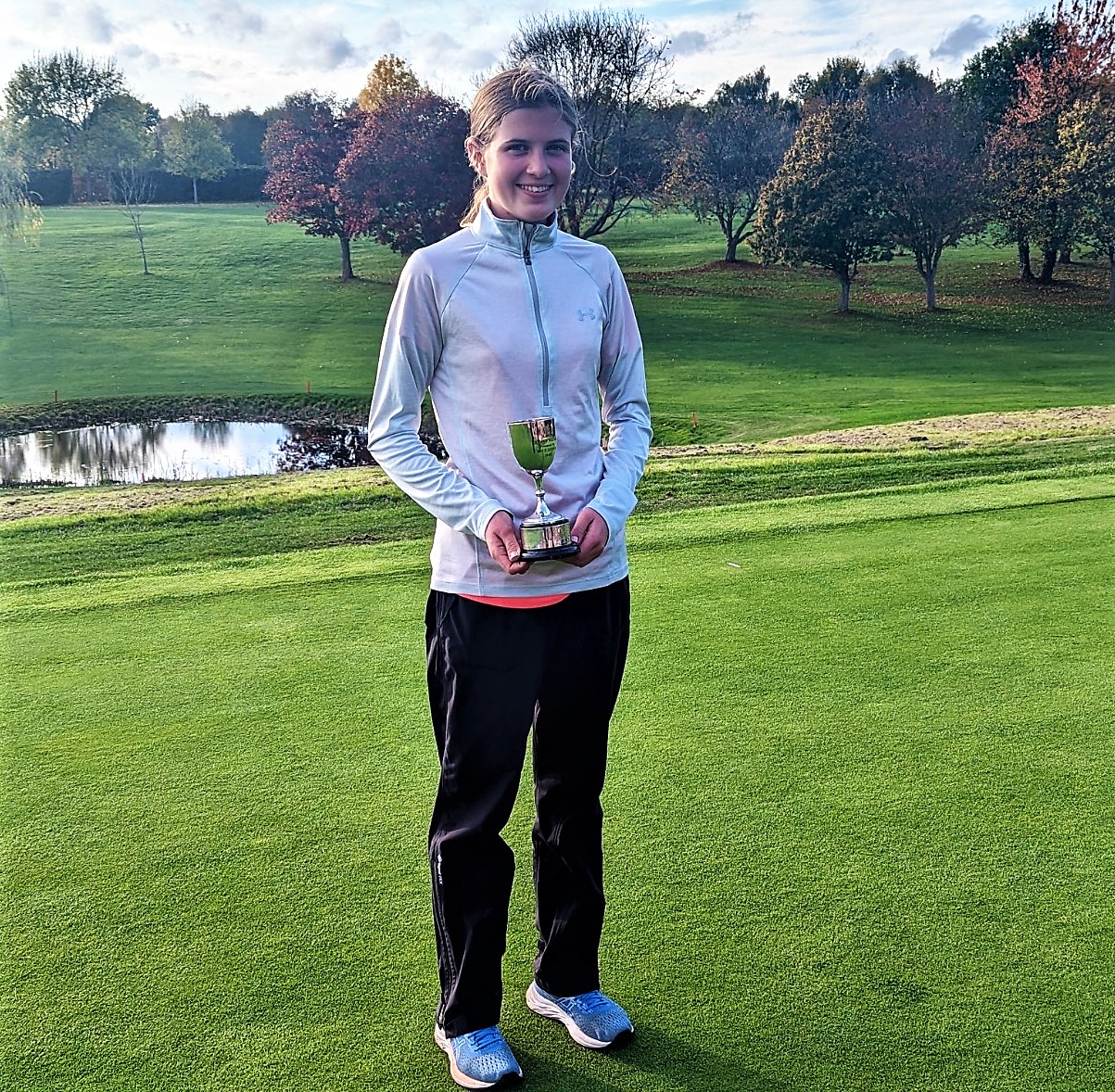 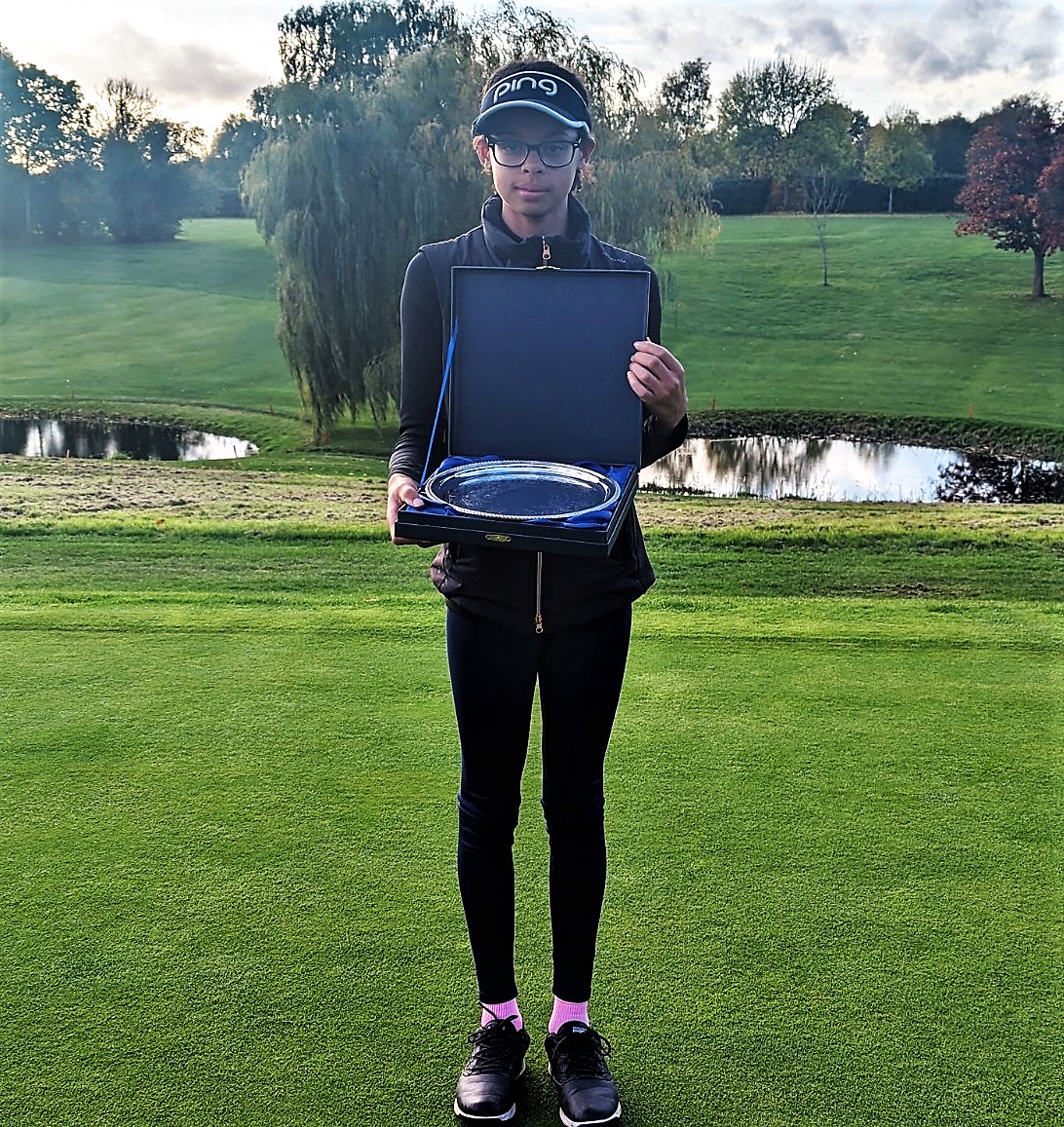 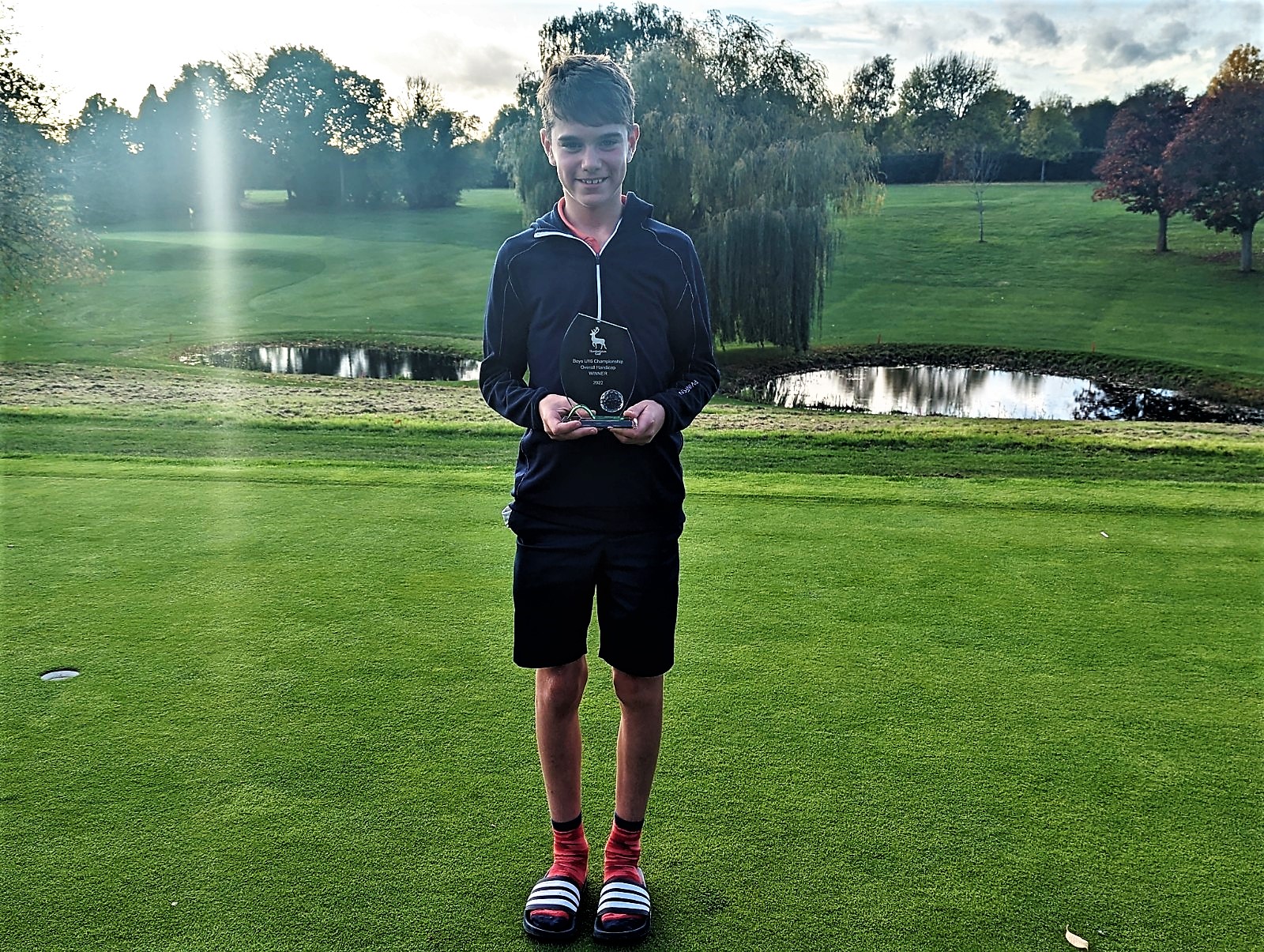 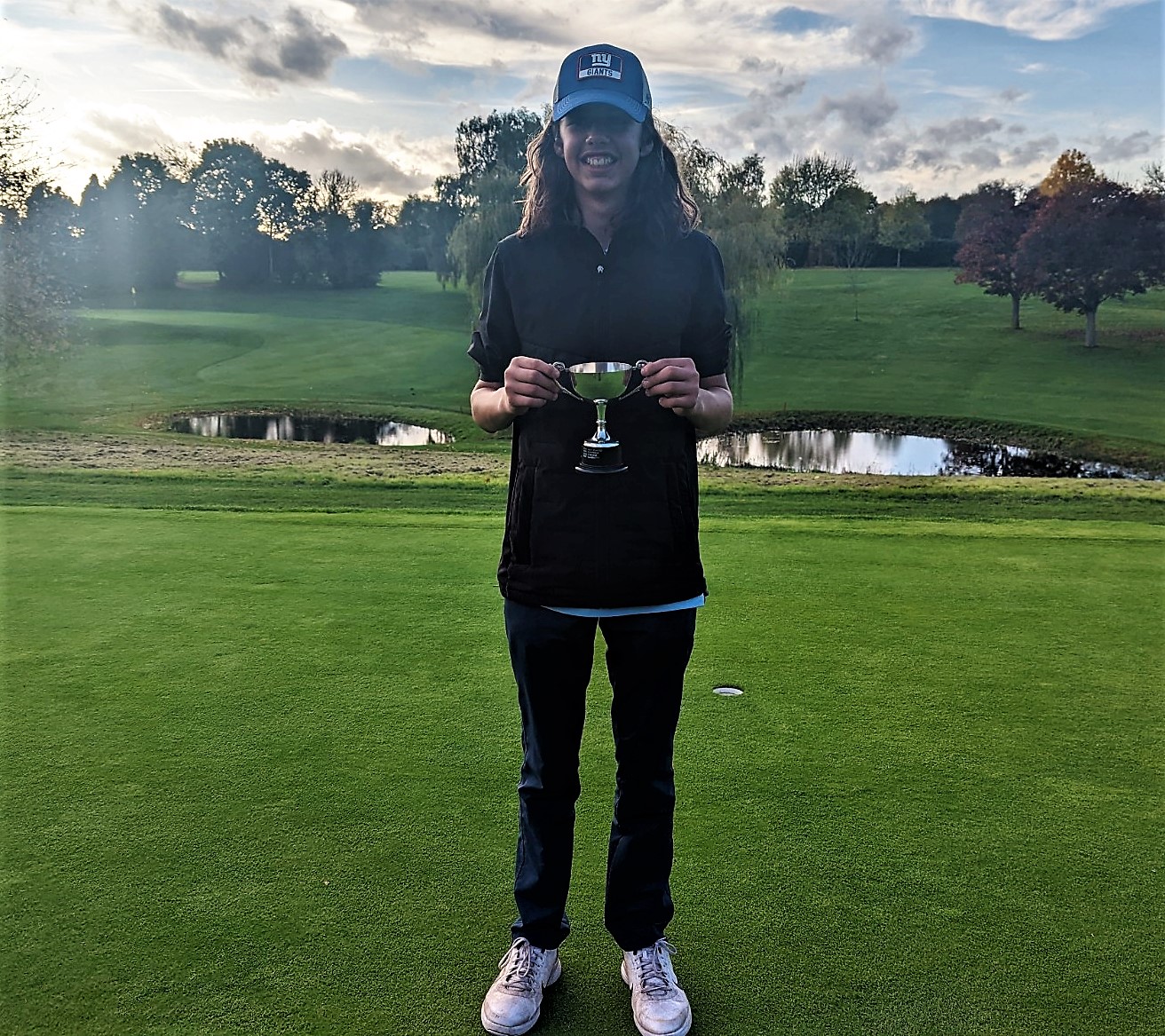 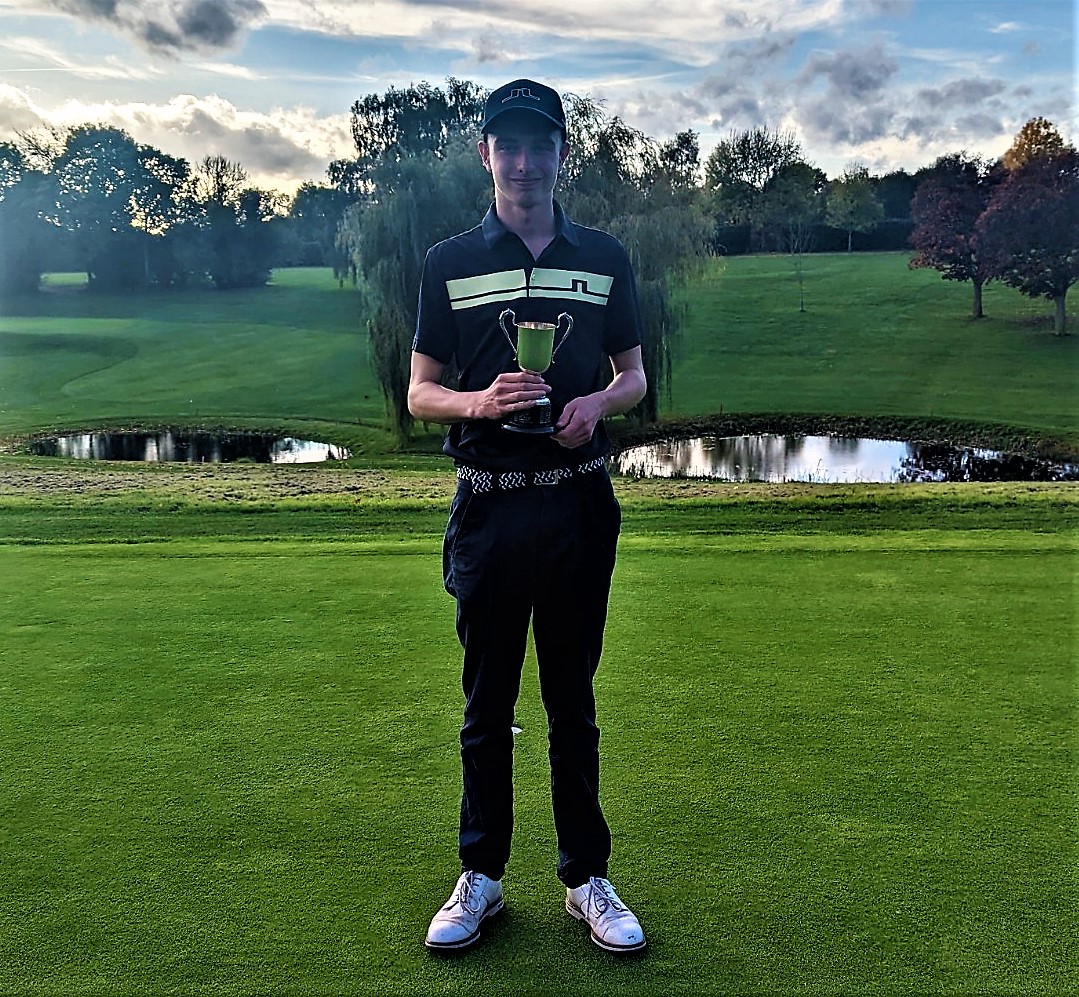