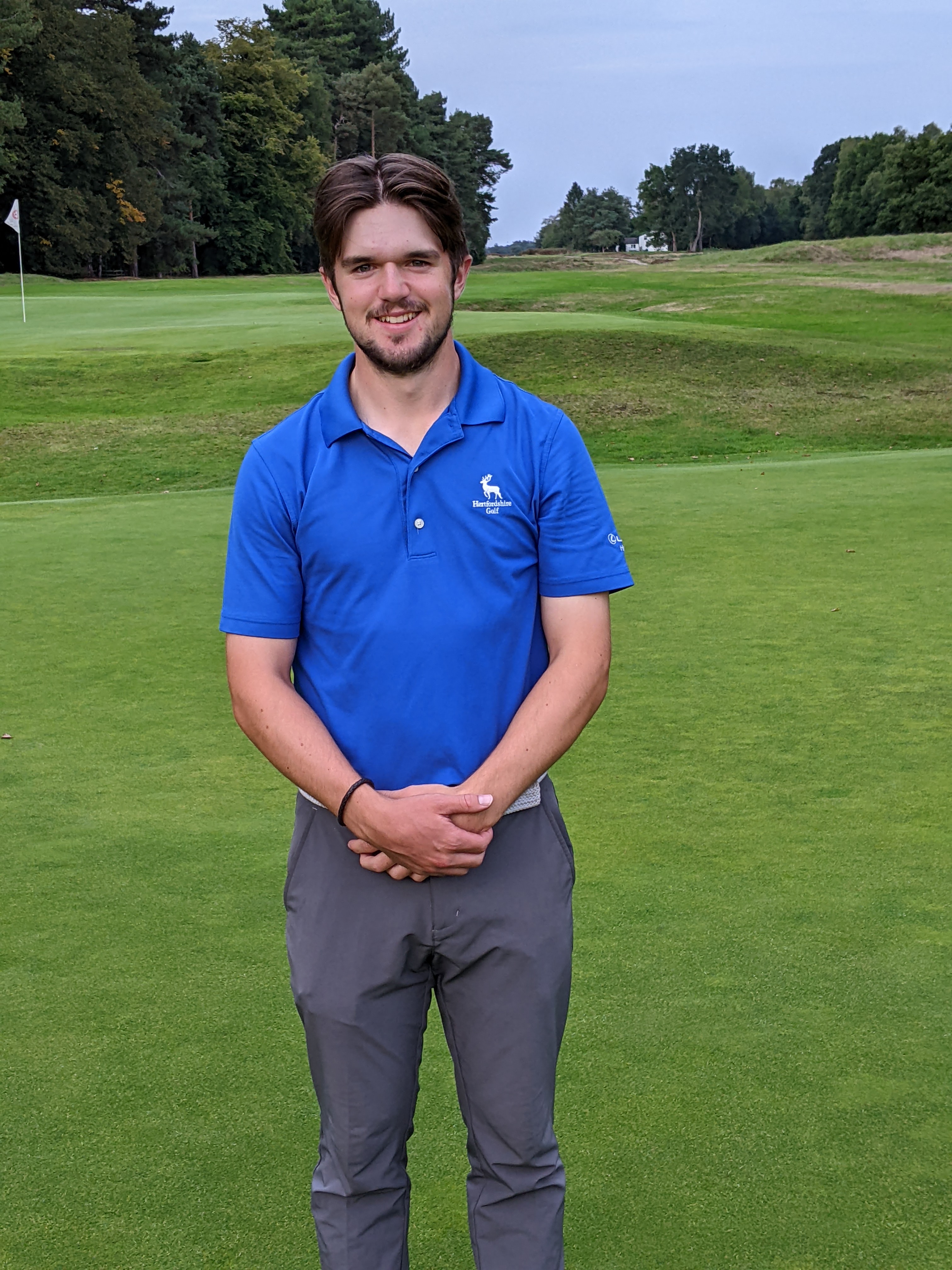 The various England Golf Champion of Champions events were played recently over two consecutive weekends in September, featuring all the various County Champions competing to become the 'best of the best'.

Hertfordshire had several represenatives over the two weekends, star of which was Max Hopkins of Bishop's Stortford, our Men's County Champion from his star winning perfomance back in May at Hadley Wood.

The Men’s Champion of Champion competition took place at Woodhall Spa GC on Sunday 11th September (meaning that Max could not play in the last Men’s County match of the season) featuring the Men’s County Champions from around England. It was scheduled to be a 36 hole event on the demanding Hotchkin Course but the weather had other ideas. Dense fog greeted the players on arrival and this caused over a two hour delay to tee times and this resulted in the event becoming a 27 hole event with the first nine being played in the morning over holes 1-6, 16-18 of the course.

Max was drawn with the champions of BB&O and Leicestershire & Rutland and the first 9 proved to be frustrating as he made 8 straight pars and a birdie 4 on the 18th to leave him on 1 under par and in joint second place. The first 10 holes of the afternoon were more eventful but equally frustrating with 3 birdies cancelling out 3 bogies leaving him a few shots off the pace. From the 11th onwards his play was excellent and he birdied 5 of the last 8 holes meaning that he finished on 6 under par. This ensured that he finished second on countback, to Nick Day from Gloucestershire, a very good performance in a very tough field.

Well done to all our winners of their performances.