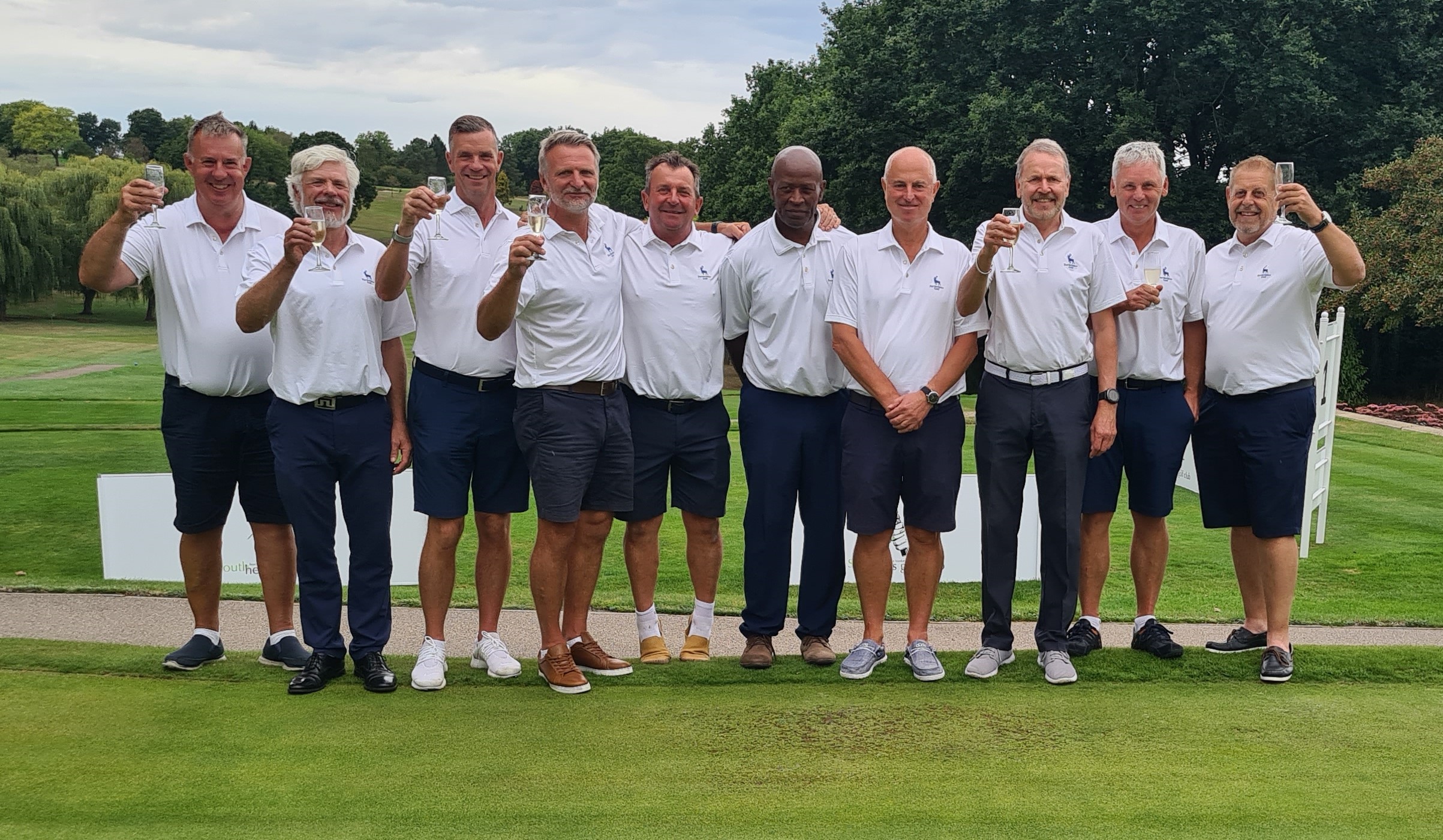 Herts Seniors welcomed the Middlesex team to South Herts for our final and decisive League matches. The South Herts course was in good condition and as ever the greens were of the highest quality.

Having been unbeaten for the season, a tied match was all that was required to qualify through to the final, however that really isn’t the approach of the current Senior team, although the pressure was on us rather than the opposition. In the end we managed a comprehensive 8-2 win. John Ambridge led us off with a win, followed by a comfortable win by Paul Nancarrow. Further wins down the order came from Mike Ready, Jason Court, Bob Peacock, Lewis Watcham, Simon Kay and Tye Carter.

Once again a great team performance and a successful League campaign. Over our 4 matches we have won 30 of the 40 match points available, which is an outstanding achievement.

We now move onto the County final at West Essex, with our opponent still to be confirmed.

Many thanks for the on-course support from Nick O’Byrne and Phil Embleton.