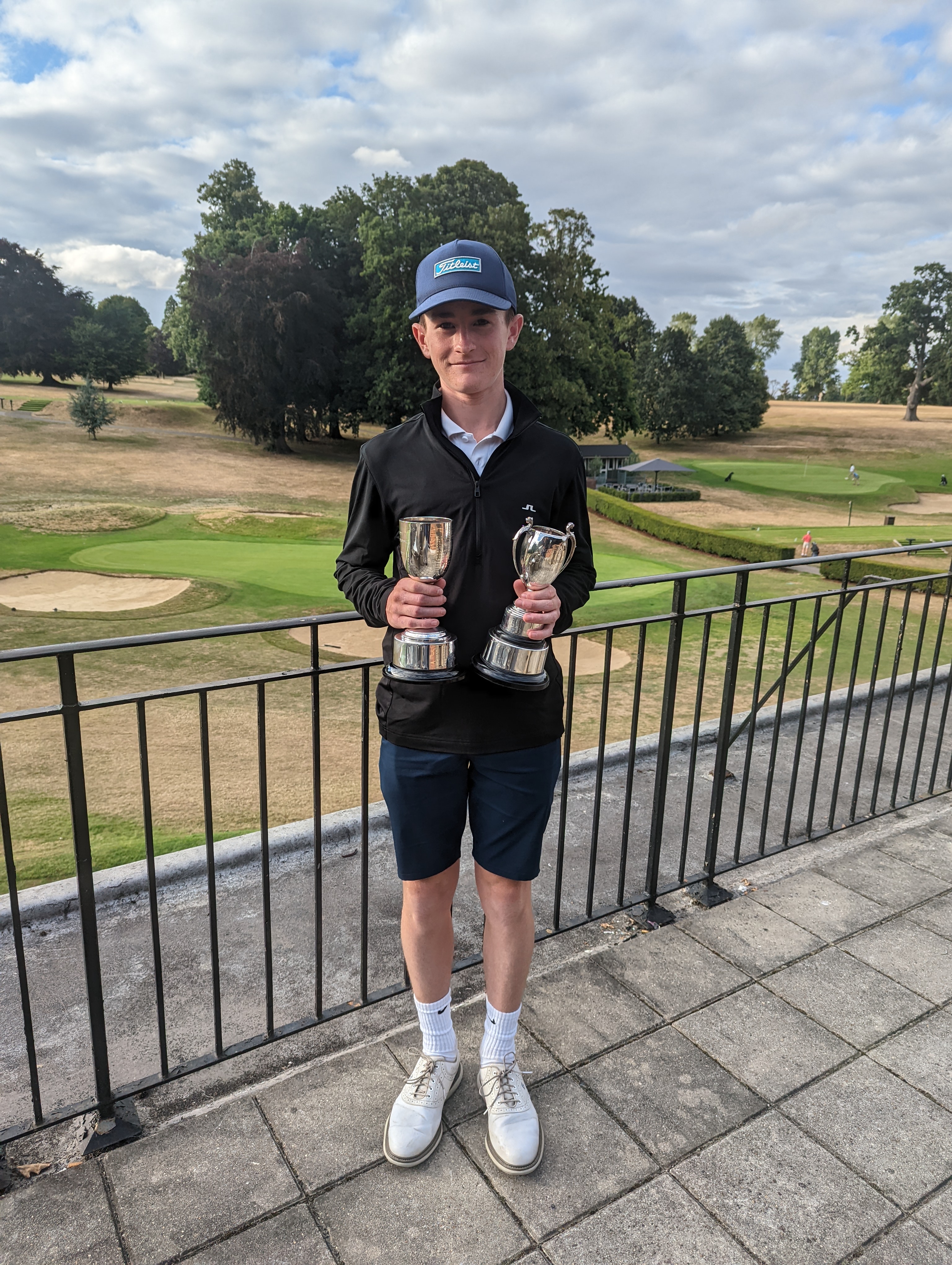 Our annual Boys Championship took place yesterday (Mon 25 July), hosted by East Herts Golf Club, the first time they had held the event this century, with the most previous occasion being in 1999.

The event in recent years has been played on the first Monday of the Summer Holiday period and is open to all Herts affiliated junior male golfers with a Handicap Index of 12.4 or better.

43 competitors took to the picturesque and traquil surrounds of the Hamels Park Estate in which the course is laid out upon, situated just off the A10 between Ware and Buntingford.

The event is played over 36 holes, medal strokeplay format, with the lowest aggregate gross score being the Champion and awarded the Berkhamsted Trophy. Also played for on the day is the age related Malcolm Reid Trophy for the best Under 16 (as at 01/01) gross 36 hole score and the Team Championship Flag, with the 2 or 3 lowest handicap players from clubs making up a team, with a best 2 from 3 gross score from each round to count format.

The weather on arrival first thing was a very surprising sharp rain shower or two, but thankfully they passed through and the day was pleasant with warm temperatures and a fair breeze. All in all good conditions for golf and a far cry from the sweltering heat of the previous week.

The course was presented excellently by Course Manager Neil Faubel and his team and like most courses currently very fast running due to the excessively dry weather over the past couple of months. Nevertheless, the course was a very fair challenge for the competitors on the day.

After the morning round 15 year old Harry Cox of Welwyn Garden City led the way in both the main and U16 category with an excellent steady round of 71, level par, by 2 shots from a group of three players on 73 (+2), including defending champion James Baxter of Centurion.

Harry was able to add another solid round of 71 in the afternoon round for a total of 142, level par for the day. This would win by 1 shot from nearest rival James Baxter, who added an afternoon 70 (-1) for an excellent defence of his title. To round out the top 3, Max Shirvell of Centurion was a further 3 shots back on 146 (+4), edging Patrick Donovan of Essendon into 4th by virtue of a better pm round of 70 from Shirvell to 73 from Donovan. In the Under 16 Category for the Malcolm Reid Trophy, Harry Cox also carried off the silverware by 4 shots from aforementioned Patrick Donovan.

Harry will now progress to represent Hertfordshire at the Boys Champion of Champion event, played at Woodhall Spa in September and we obviously wish him all the best.