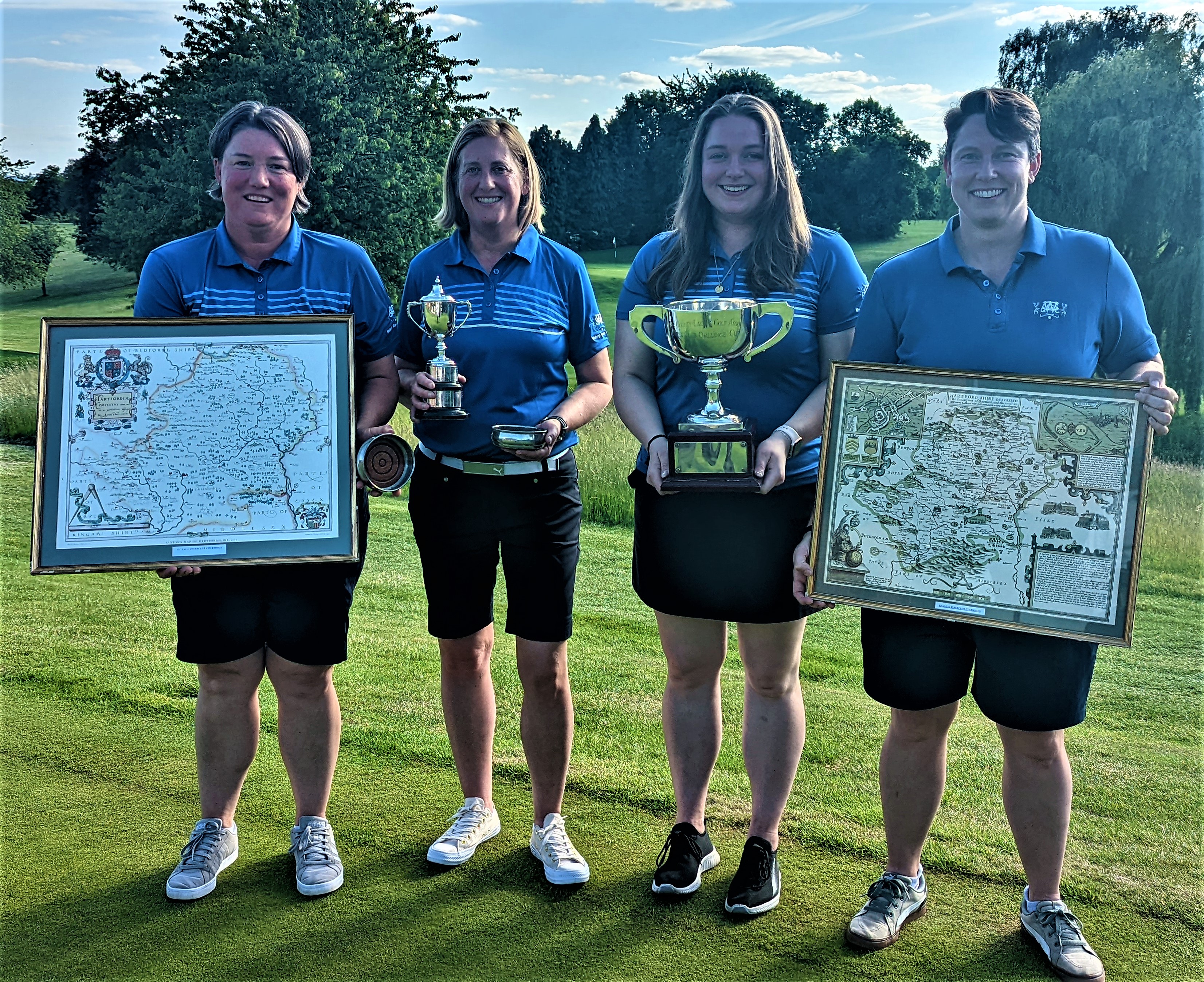 Our always popular Women's Interclub Foursomes event was played on Monday of this week (13th June) at Welwyn Garden City Golf Club in warm and sunny summer conditions, which allowed for a very pleasant event played in beautiful surroundings.

An almost full field of 23 teams/46 pairs took part, with one unfortunate team pulling out over the weekend due to 3 of the 4 team players catching COVID in the days proceeding the event at a function they all had attended. Nevertheless the event was well supported and is always a popular and convivial day in the County golf schedule.

The course was as always well presented and provided a fitting challenge in what is the most testing of all formats, foursomes medal.

The 'main' event is the team competition where the scores of the 2 x pairs per club are combined to create a team aggregate score, but there are also pairs prizes for the (in) famous Herts Maps & Coasters!

On the day it was of no real surprise to see that Welwyn Garden City dominated the gross prizes, with Esther & Alison Strous returning the best score of the day with a gross 78 (+6) to win the Herts Maps, but with their clubmates, recently crowned County Champion Kelly Cooke and partner Nicola Callendar, adding an 81 (+9), which saw contrasting 9's of 45 front 9 and 36 back 9, to add to a team score of 159 (+15) for the day, good enough to win the Scratch team Cup by 12 clear shots from nearest rivals Moor Park on 171 (+27).

The nett competition was a much closer affair though with 3 teams tied on 151 (+7), the host club, Harpenden Common and Moor Park. But that stunning back 9 by Kelly and Nicola proved to be key as the Welwyn Garden City team ended up winning the nett team cup on a cumulative back 9 countback, pushing Harpenden Common into the Runners Up position.

Just to make sure of all the prizes Esther & Alison also picked up the Herts Coasters for the best nett score of the day with a 71 (-1), by 1 shot from Emma Goss & Sue Hawkey of Porters Park on 72 (level).

With their most recent win Welwyn Garden City have now won the scratch team event for the most times of any club, just edging past Moor Park for total wins, however with the 2023 event scheduled to be held at Moor Park as part of their Centenary celebrations, they will be hoping that home advantage proves key again as they attempt to level the record books.

As always our thanks to Welwyn Garden City GC for hosting in excellent fashion and the County wish them all the best for their Centenary next year.