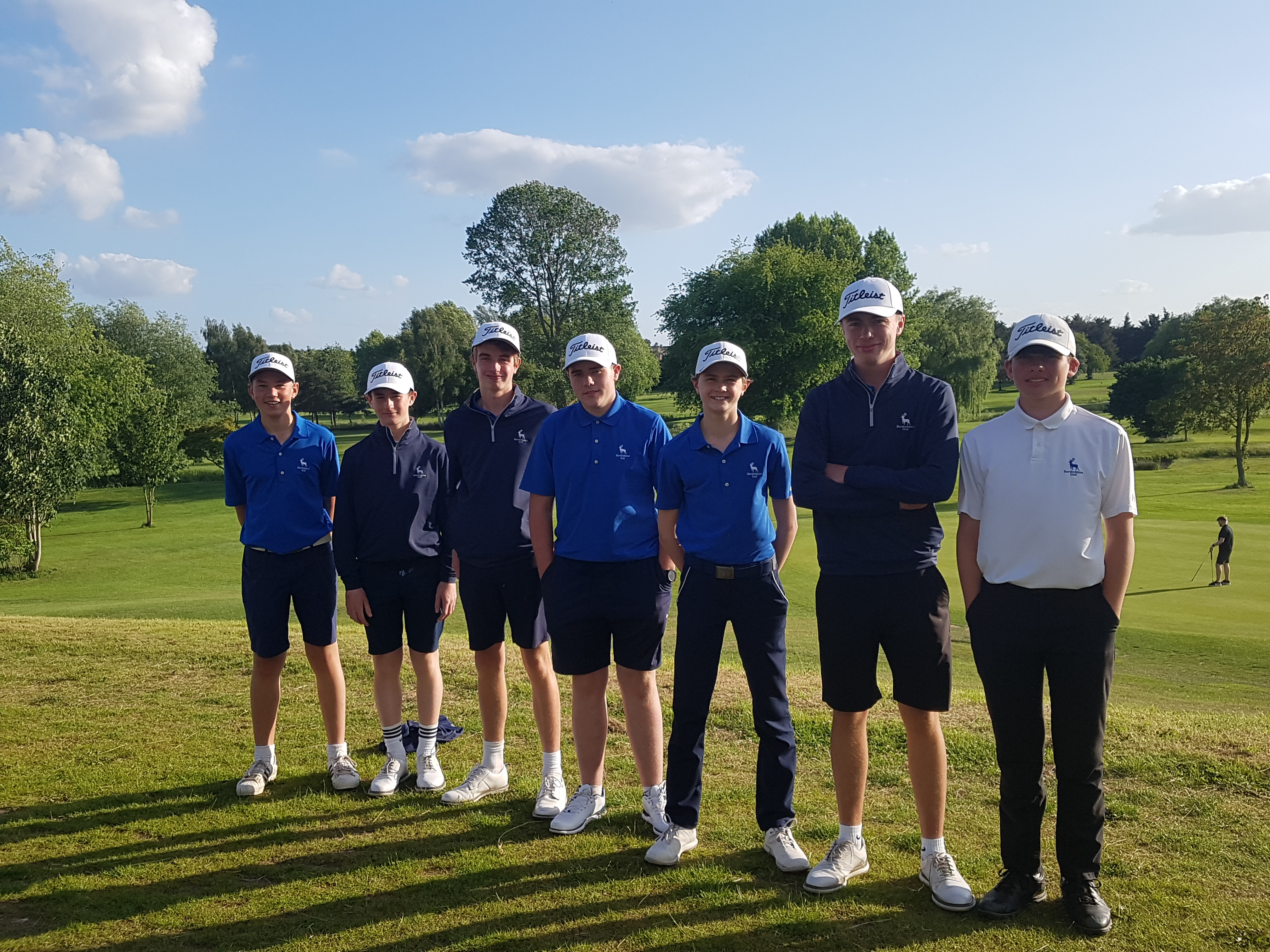 In what seemed a long time in coming following the end of the Winter training sessions all the way back in March, the Boys U16 team started their league campaign with a trip to The Suffolk GC near Bury St Edmund’s to take on the hosts, Suffolk, and their near neighbours Norfolk. This is the first time we have been paired with these counties and we thank Suffolk for their welcome and hospitality on the day.

Leading from the front following two impressive rounds the day before in the West Herts Club Championship, Noah Peters raced into a 6 up lead at the turn and easily defeated his opponent from Suffolk 5&4. His opponent from Norfolk proved a tougher competitor to shake off especially when he got on a hot run on the back 9, and when both missed birdie putts on the tricky 18th green a half seemed a fair result.

Next off and making his debut at this level, Harry Cox despatched his opponents with relative ease, sailing to comfortable 7&5 and 7&6 wins against Suffolk and Norfolk respectively. Harry’s style of play was commended by those who followed his match. In match 3, another debutant at this level, Finlay Rennie recorded a comfortable 5&4 win against Suffolk but like match 1, his opponent from Norfolk put in a spirited back 9 to take the match to the tough par 5 finishing hole. Despite a notable distance advantage off the tee, Finlay was forced to lay up and with both players finding the green in regulation and 2 putting the match ended in a well earned halved match.

Matches 3 and 4 saw further emphatic wins for Hertfordshire junior stalwarts Eddie Wade and Ben Sessions. Eddie’s assured and measured approach saw him defeat his opponent from Suffolk 7&5 and his Norfolk opponent 6&5. Likewise, Boys U14 squad captain, Ben Sessions, made 3 birdies on the front 9 to make the turn with commanding leads in both games and closed out his matches early with a 7&6 win against Suffolk and a 5&4 win against his opponent from Norfolk. Harris

Another debutant at U16 level, Oscar Freeman had a convincing 4&3 win against Norfolk but was edged out by his opponent from Suffolk in one of the few matches involving Hertfordshire players that went to the 18th green eventually losing 1 down. Harrison Preston recorded two comfortable wins, 7&6 against Norfolk and 3&1 against Suffolk for maximum points on the day. Patrick Donovan in the final game had biggest win of the day when he won the first 10 holes against his less experienced opponent from Suffolk to record a 10&8 victory before seeing off his opponent from Norfolk by a margin of 7&5. Shot of the day was Patrick’s approach to the treacherous 9th green with the pin cut just above a severe slope, to 2 feet which he duly rolled in for a birdie 3.

Overall, the results were 7-1 victories against both Suffolk and Norfolk and we look forward to recommencing battle with these new opponents again in July at Wensum Valley in Norfolk.

Click here to full the full match results vs Norfolk

Click here to view the full match results vs Suffolk 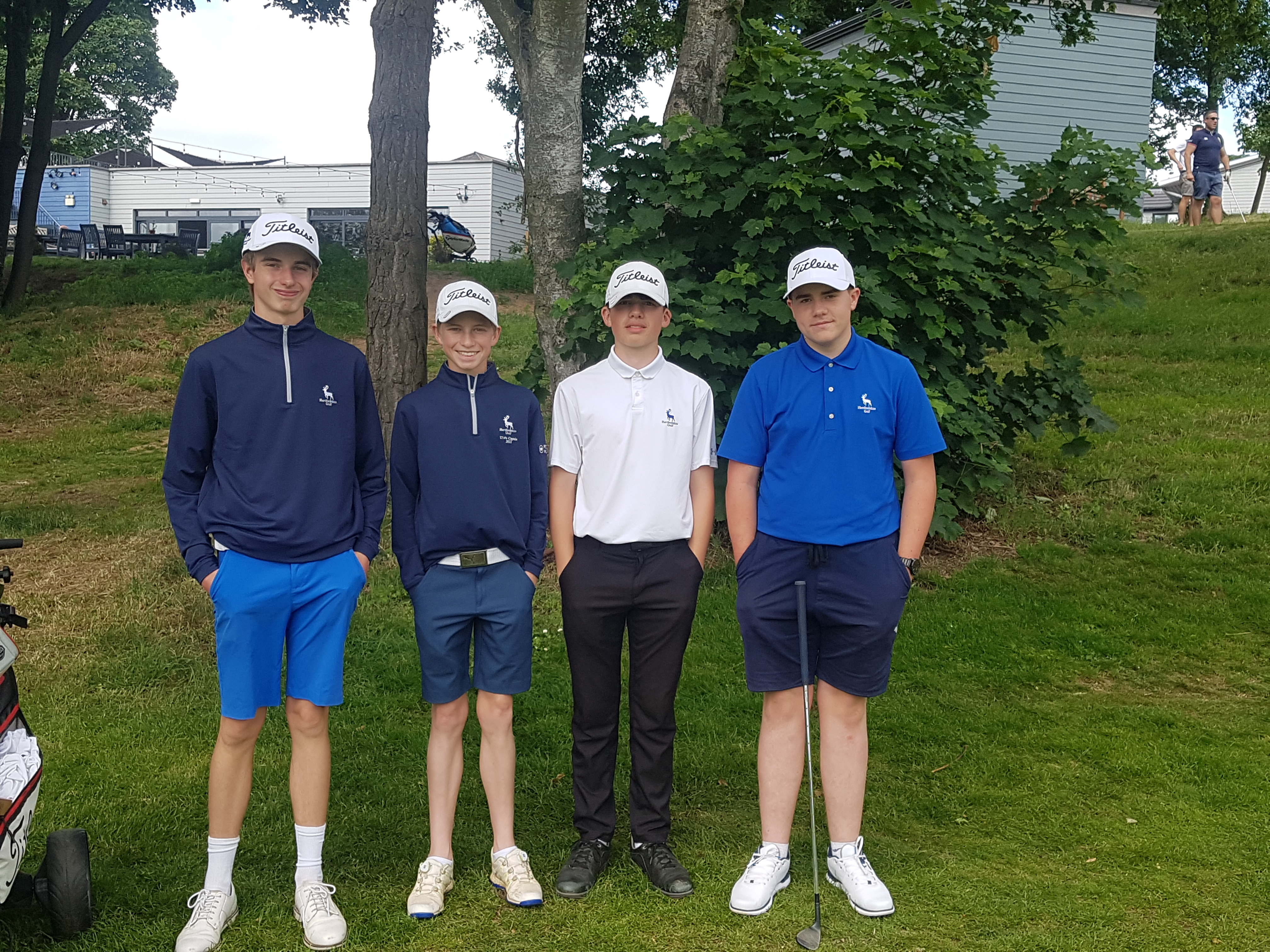 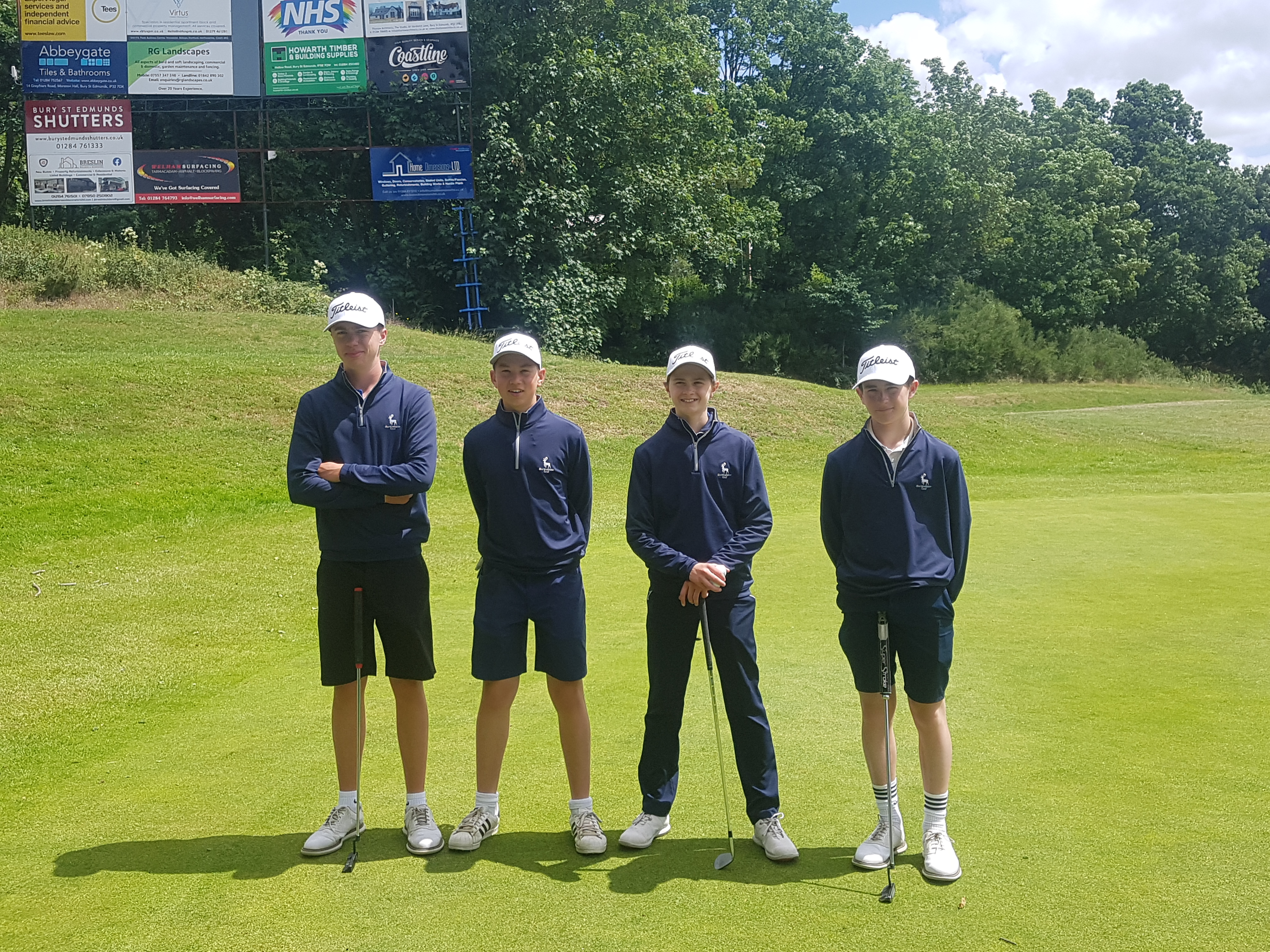