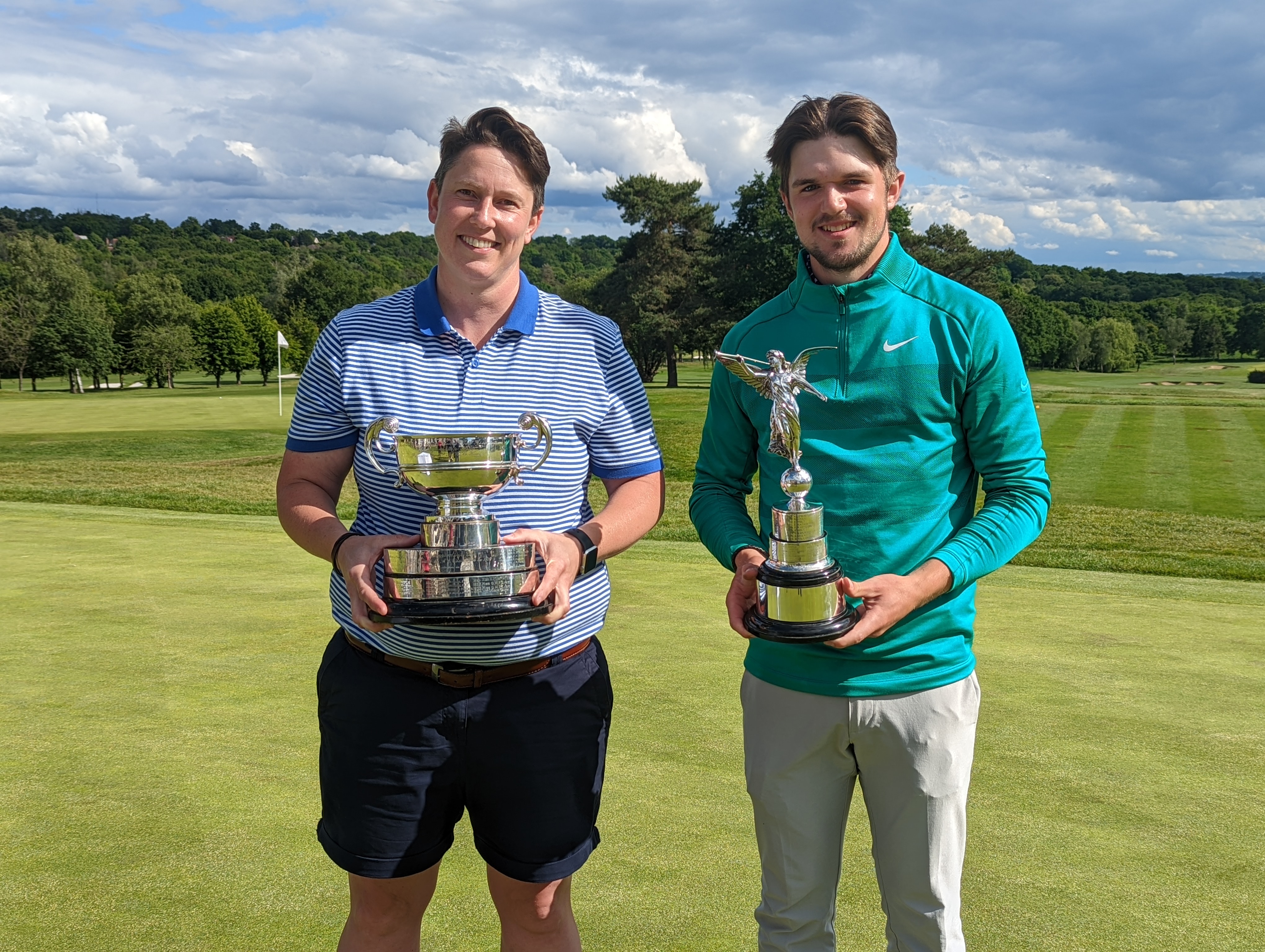 Our flagship events, the Men's & Women's County Championships, were played to completion recently (Thu 26 to Sun 29 May), kindly hosted this year by Hadley Wood GC, as part of their Centenary celebrations.

After 4 days of excellent golf our winners were Kelly Cooke of Welwyn Garden City in the Women's event, repeating her success in the event from some 20 years prior, and Max Hopkins of Bishop's Stortford in the Men's event.

The Hadley Wood course was presented in excellent fashion for the week, with the greens running at a swift 11 feet + on the stimpmetre for the duration, extra challenging considering the severity and contouring of the greens complexes on the Alister McKensie designed course, famous as the expert designer of Augusta National. The club also went above and beyond over the course of the event, providing many ball spotters and play controllers for the blind drives, expertly arranged and wrangled by Club Captain Peter Chiccone, who was almost ever present over the 4 days of the event.

The event started on Thursday with the Women's Strokeplay rounds with a disappointing 11 players in total making up the field, playing 36 holes strokeplay, with a change in the terms of competition made necessary this year seeing the top 8, as oppose to the standard 16, qualifying through to the weekend KO event. On a surprisingly windy and cold late May day, our defending Champion Emmanuelle Hewson of Mid Herts returned the best gross score and winning the Scratch Aggregate Cup with rounds of 76,78 for a total of 154 (+8), 4 shots ahead of her nearest rival. The Anne Pyke Trophy was claimed by Esther Strous of Welwyn Garden City with a nett total of 150 (+4), by 4 from her nearest rival. The qualifying score for the weekend KO was all players on 170 (+24) or better.

The Men's event saw a full field of 66 players on the Friday play in more favourable conditions than their female counterparts, with warmer and calmer conditons resulting in better scoring conditions in general. The medalist was 17 year old Zach Little of West Herts, fresh off his double victory the previous weekend at the King George V at Porters Park and Herts Stag at Moor Park. Zach returned rounds of 69,72 for a total of 141 (-3), 3 shots ahead of his nearest rival. The qualifying score for the weekend KO was all players on 151 (+7) or better and no sudden death play off was required to determine the last qualifying spaces, the first time that has happened in the event since 2013.

The Saturday was again a glorious day of weather for the KO events to commence with the Round of 16 for the Men in the morning, joined by the Women's quarter final matches in the afternoon. The home club Hadley Wood still held considerable interest on the Saturday with 4 members in the Men's Round of 16, including the General Manager David Jackson, and 1 member in the Women's quarter final. Sadly for the host club they were all eliminated by end of play on Saturday afternoon.

The Women's semi finalists playing on Sunday morning were defending Champion Emmanuelle Hewson vs 15 year old Darcie West of Sandy Lodge and Kelly Cooke vs clubmate Esther Strous. Both matches ended up being rather one sided affairs which saw Emmanuelle and Kelly make it through to contest the afternoon Final. The Men's semi finals were much closer and saw County Captain Joss Gosling of The Melbourne Club defeat Zach Little on the 19th hole, by virtue of a stunning eagle 3 on the short par 5 1st hole and Max Hopkins who defeated George Leversuch of South Herts 2&1, with George's shortgame prowess keeping him in touch in the match.

The final matches were viewed by a healthy audience of spectators, particuarly in the case of the Women's final between Kelly & Emmanuelle. Their match was nip and tuck the whole way with Emmanuelle putting up a sterling defence of her title, but with a 1 hole lead playing the last hole, Kelly hit the 18th green in 2 and rolled her 3rd shot safely up to the hole to seal victory and her 2nd Championship title. The Men's final saw Max take an early lead and would stretch it to as much as 3 holes to the good, aided by incredible shots on the par 5 8th, a hooked wedge 2nd shot round trees and up onto the raised green, ant the short par 4 9th hole, with the tee pushed forward to encourage all players to take on the green with their drive, resulting in Max pitching his 3 wood onto the green. The match finished in style with both players acheiving a birdie 2 at the picturesque par 3 17th hole, with Max edging the final 2&1.

Both Kelly & Max will now progress to represent Hertfordshire at the England Golf Champion of Champion events, played over two consecutive weekends in September at the home of EG, Woodhall Spa in Lincolnshire.

Next year's County Championship will be played at Moor Park GC on their High course, as part of their Cententary celebrations, starting with the Men's Strokeplay on Thursday 1st June, with the Women's Strokeplay on Friday 2nd June and the KO competitions over the weekend of 3rd and 4th June.

Our thanks must go to Hadley Wood GC for all of their stirling efforts over the week of events and we wish them all the very best for the rest of their Centenary year. 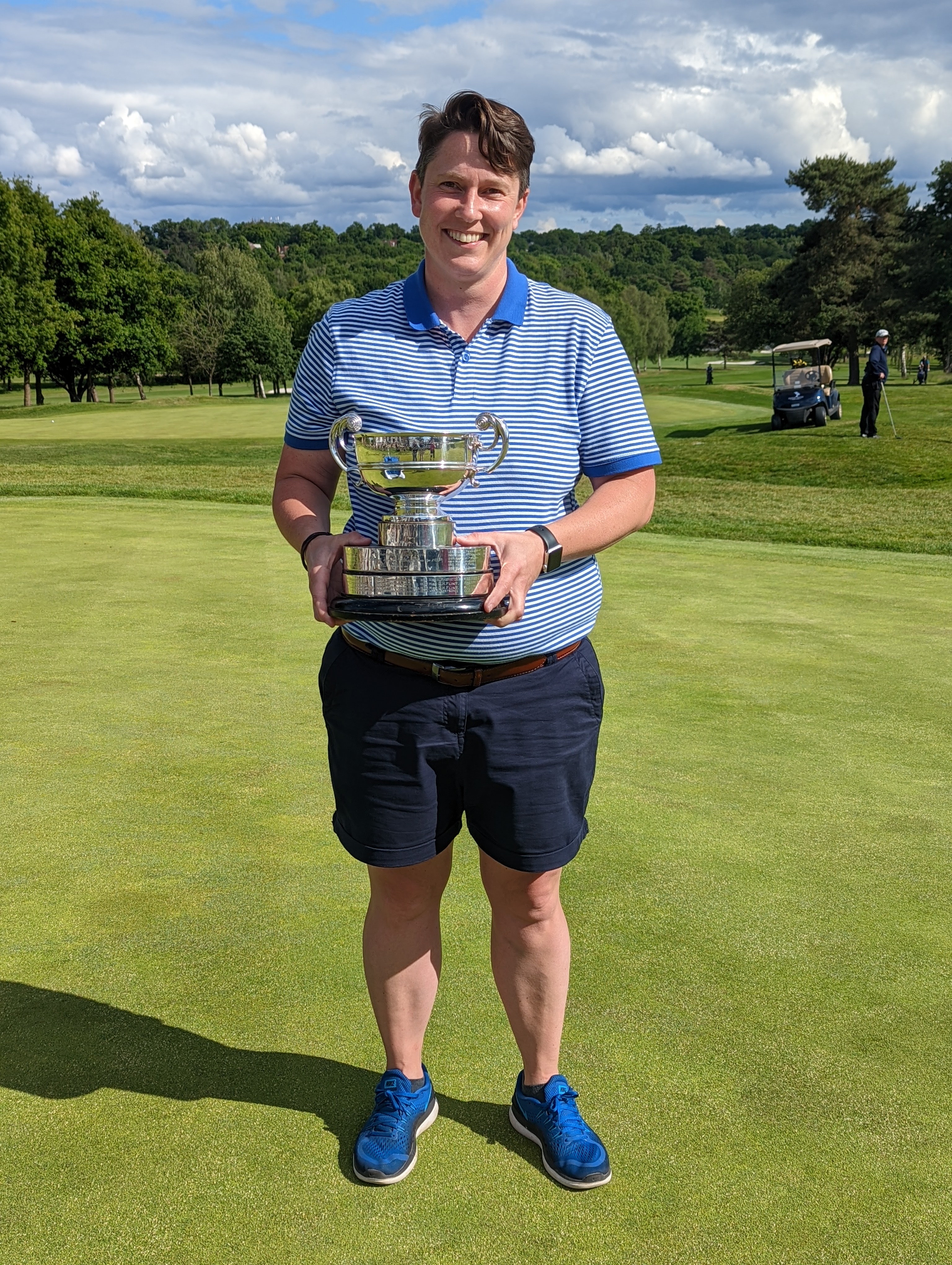 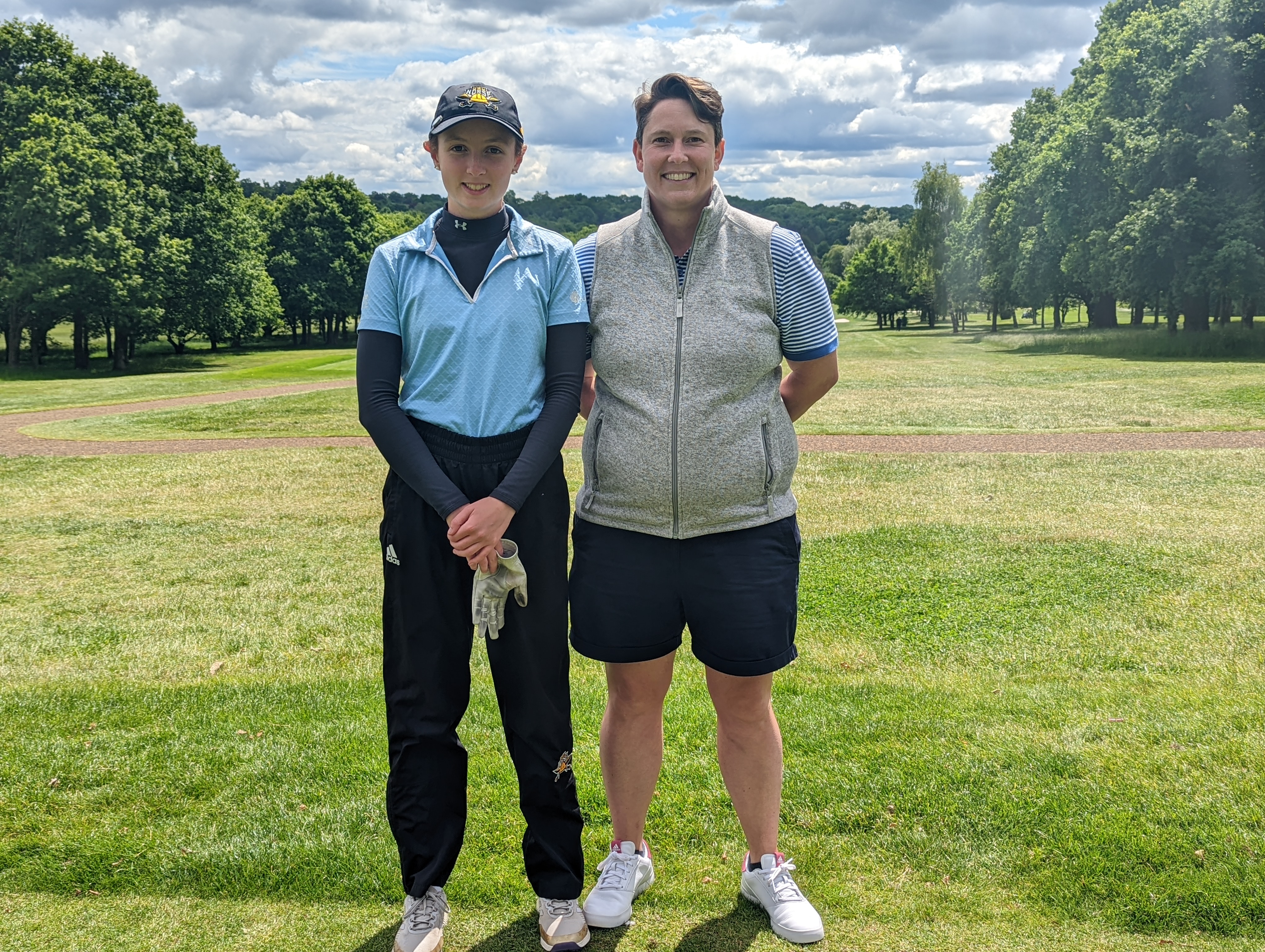 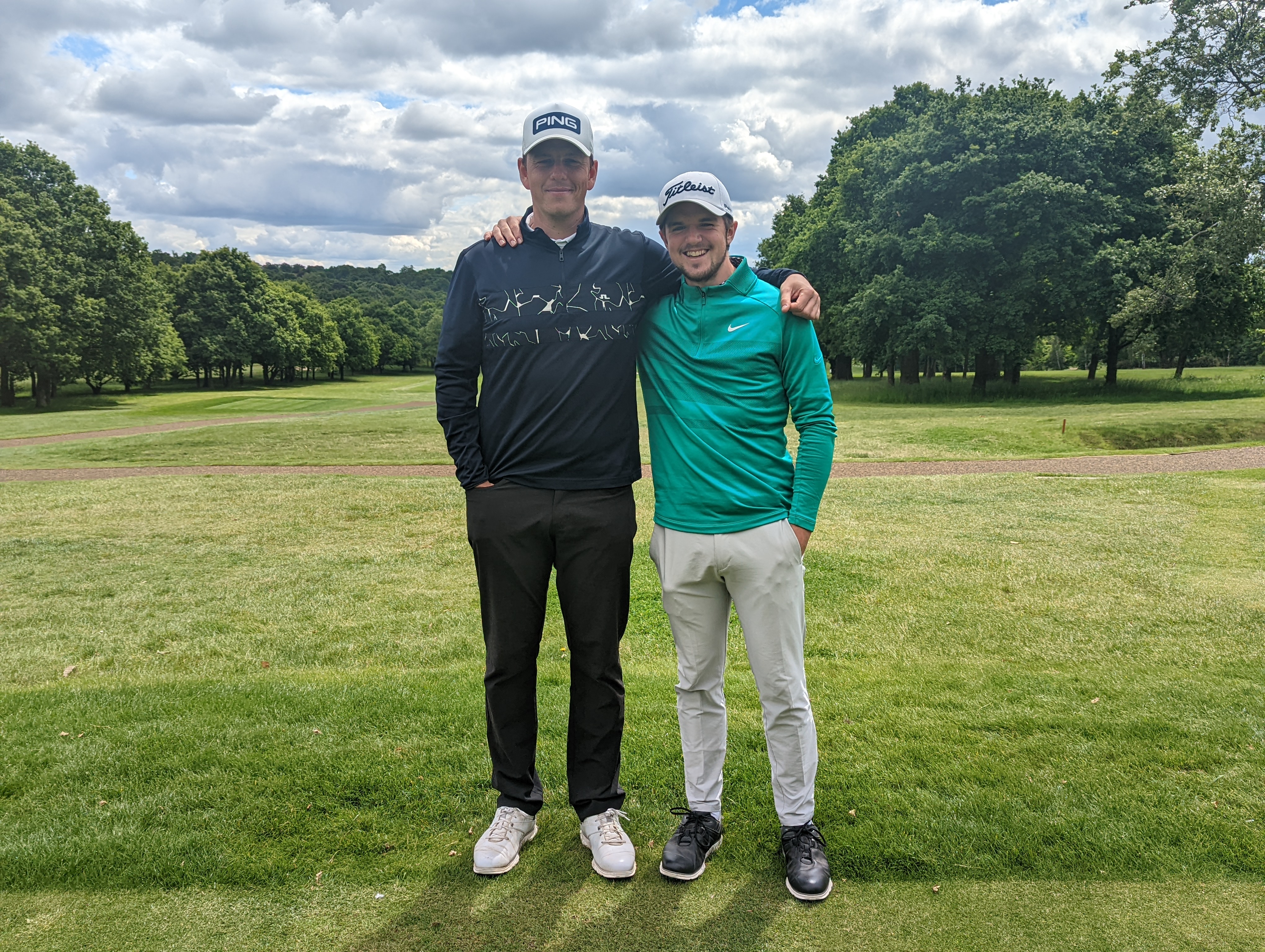