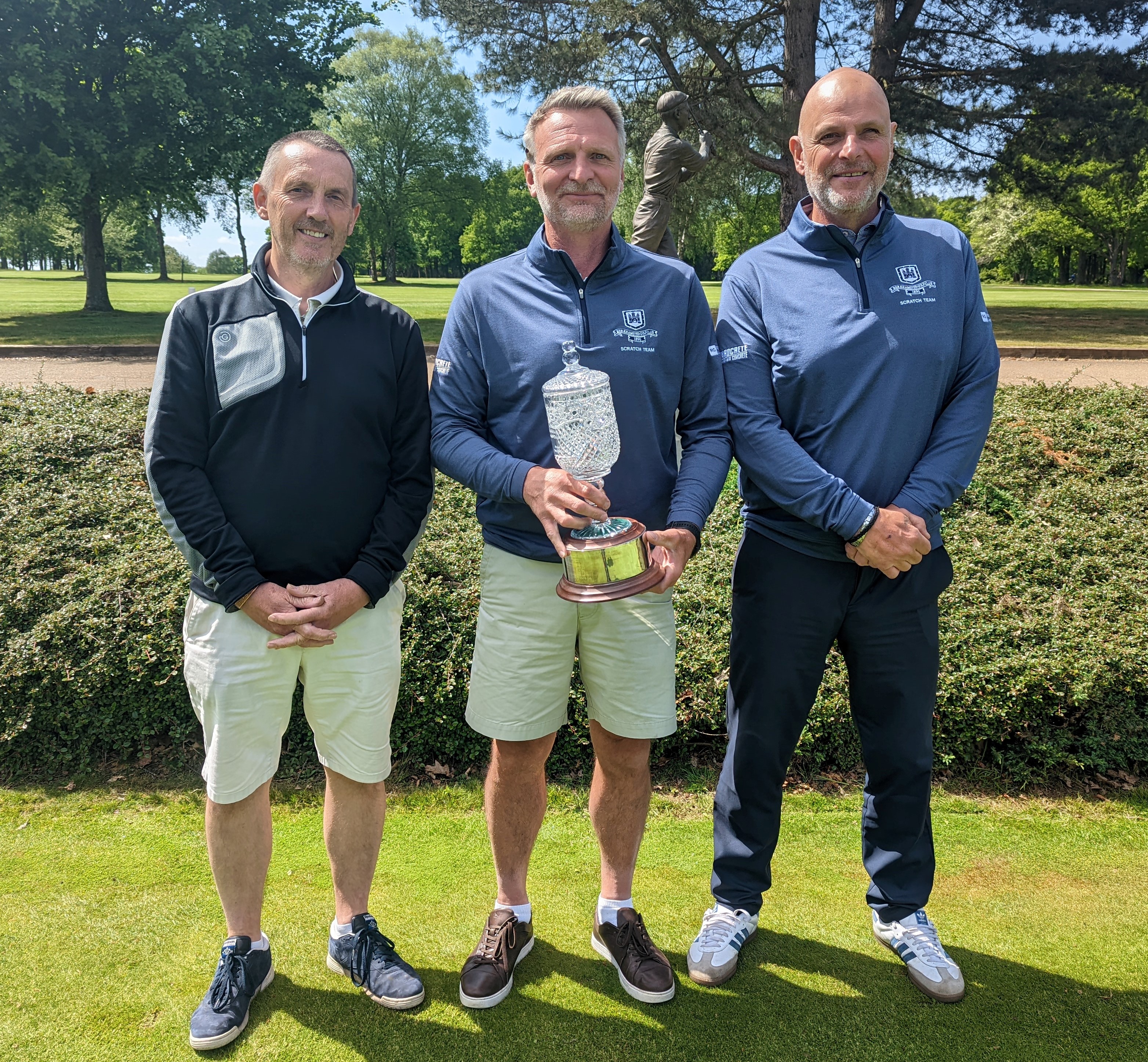 Berkhamsted GC retained their Men's Senior Champion Club crown last Friday (13th May) with victory at Mid Herts GC, a year on from winning at Aldenham, an event played during COVID restrictions on indoor activites.

The conditions on the day were surprising cold and blustery, with stiff winds providing a real challenge on the narrow and firm course located on Gustardwood commonland. Thankfully towards the latter end of the day the winds subsided and the sun emerged, pretty much in time for the prizegiving and photos!

A full field of 72 golfers representing some 24 clubs took part in a format that sees all scores combined to a team aggregate score with the lowest gross score winning the event.

The Berkhamsted team this year saw 2 of the 3 that played and won last year's event, namely Kevin Ratcliffe & Peter York, but this year joined by Jason Court instead of Gordon Stewart.

The winning score on the day was a cumulative +17, 224 shots in total, by the team from Berkhamsted, with Peter York returning a best of the day individual score of 69, level par, the best score by 3 clear shots.

The runners-up were Sandy Lodge, represented by Michael Charles, Kevin Davis & David Scammell with 222, +22, some 5 shots behind the winners. In 3rd place by virtue of a cumulative back 9 countback after 5 teams had tied on 231 (+24) were The Melbourne Club, represented by Paul Barnham, Martin Crisp & Doug Montgomery.

Our thanks to Mid Herts for allowing the use of their course and facilities for the event.

Our next Men's Seniors event is the main Seniors Championship, to be played at Knebworth GC on Monday 1st & Tuesday 2nd August. Entries are open now - click here to enter and pay online. 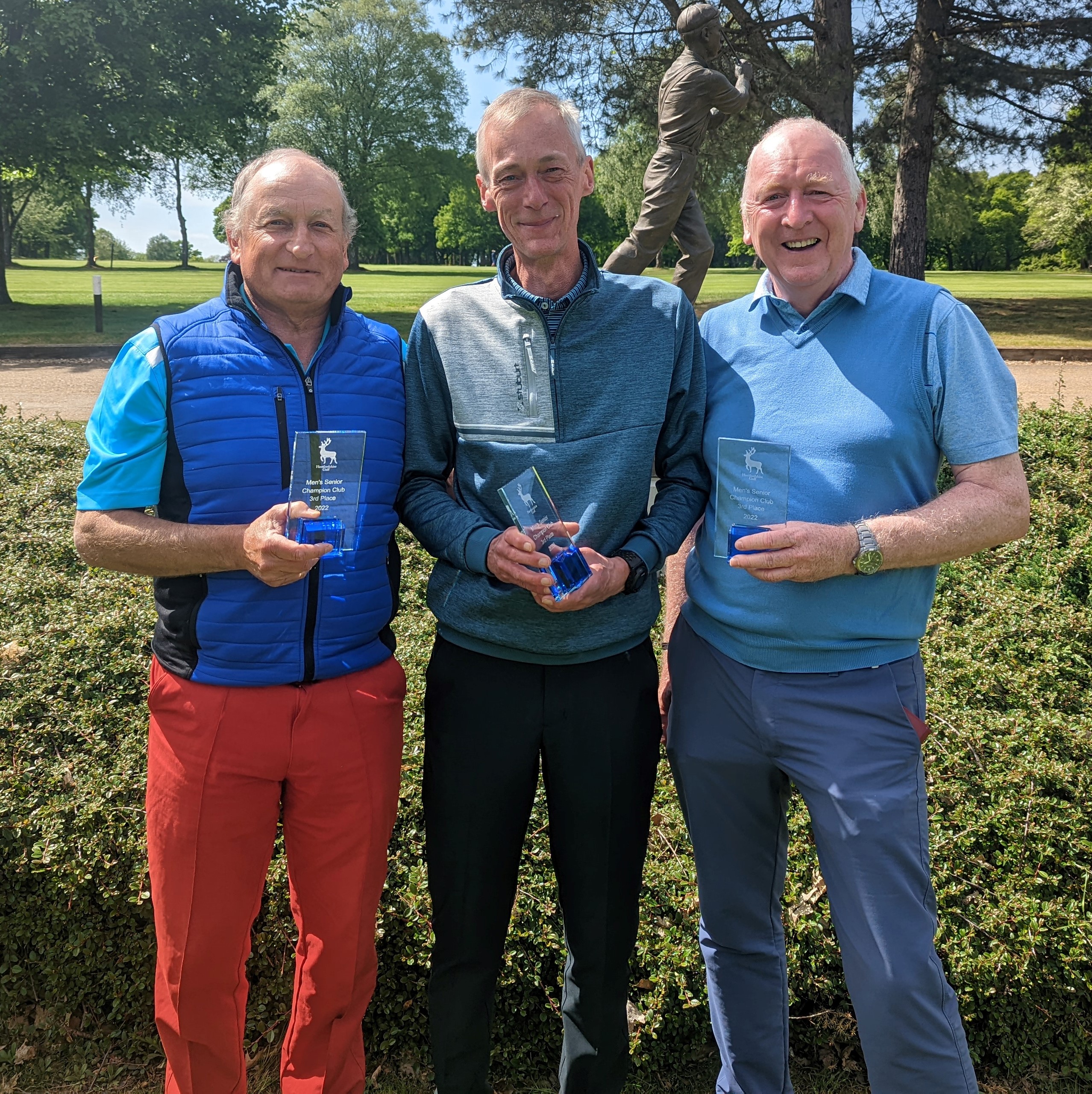