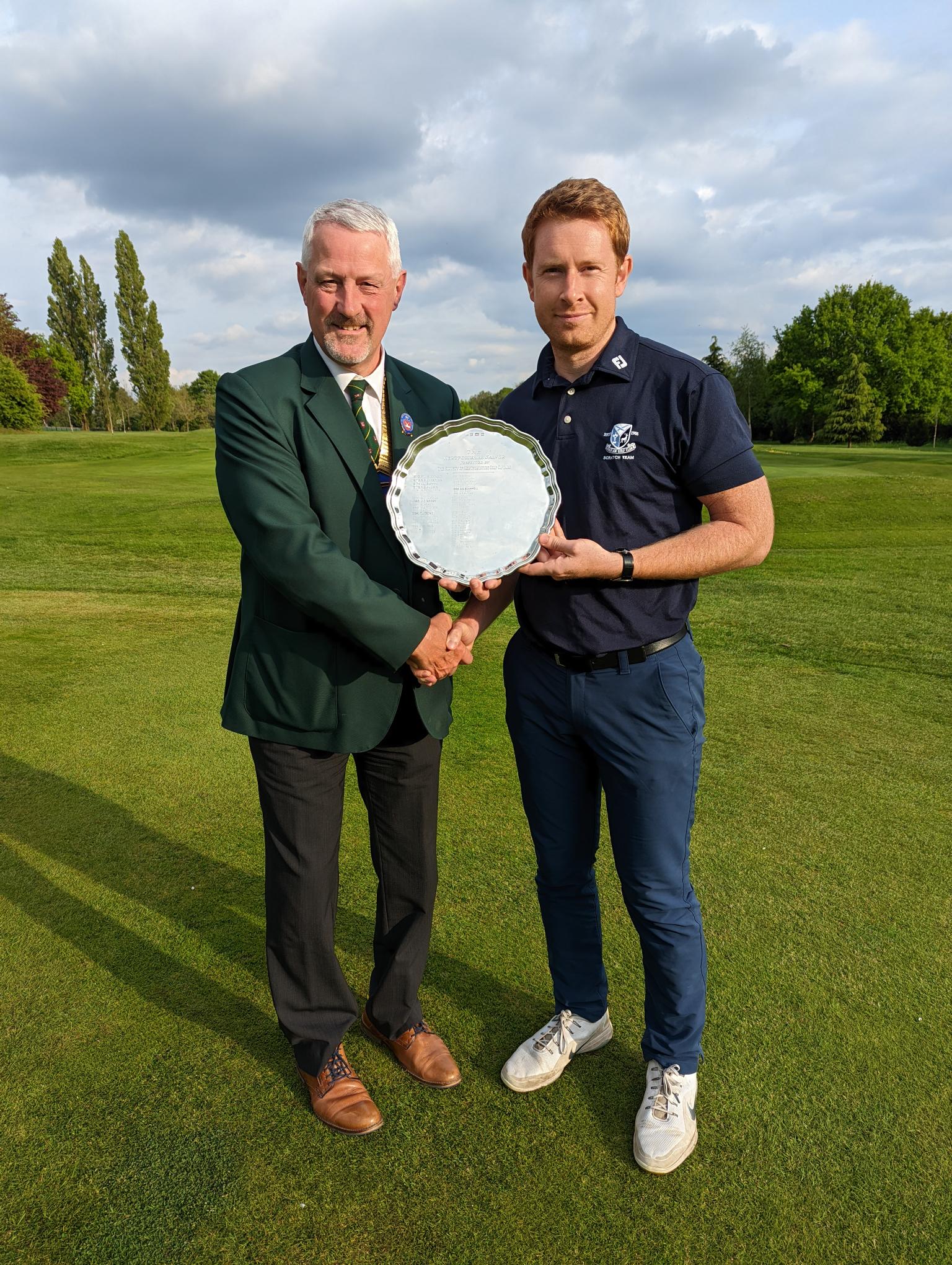 Our annual qualifying round for the Men's County Championship took place last week (Sat 30 Apr), held at the idyllic Essendon Country Club on their New Course. The event as always was supported and sponsored by the Society of Hertfordshire Golf Captains. The history behind this event is that it was set up in the early 1970's as a method to provide the opportunity to play in the County Championship for those who miss out on direct qualification. Additionally the event is always hosted by the home club of the Captain of the Society, hence this year at Essendon due to the captaincy of Simon Tansley.

The dry and cool weather leading up to the event meant the course was playing firm and fast and provided a fitting challenge for the competitors on the day, but thankfully was played in bright sunshine and light breezes.

The best score on the day was returned by Simon Irwin of Verulam in the first group out of the day and who narrowly missed out on direct qualification on handicap, with an excellent gross 71 (-2), aided in no small measure by a run around the turn of birdie 3, birdie 2 and an eagle 3 from holes 7 to 9. Simon was joined on 'red figures' by both Rio Saigal of Moor Park and 14 year old Harry Cox of Welwyn Garden City on 72 (-2). Rio pipped Harry into the runners up position by virtue of a better back 9.

The 16 qualifiers on the day proceed to the main Championship, to be played at Hadley Wood from Friday 27th to Sunday 29th May.

The qualifying score for the Championship fell on 77 (+4) with Tom Kilbey of South Herts in the 16th and last qualifying space and Harrison Preston of Hanbury Manor being the unlucky 17th place player and now the 1st reserve for the main Championship.

Our thanks go to Essendon Country Club for allowing us access to the course on a popular weekend date and to the Society of Herts Golf Captains for their continued and generous support. We wish Simon all the very best in his year of captaincy.