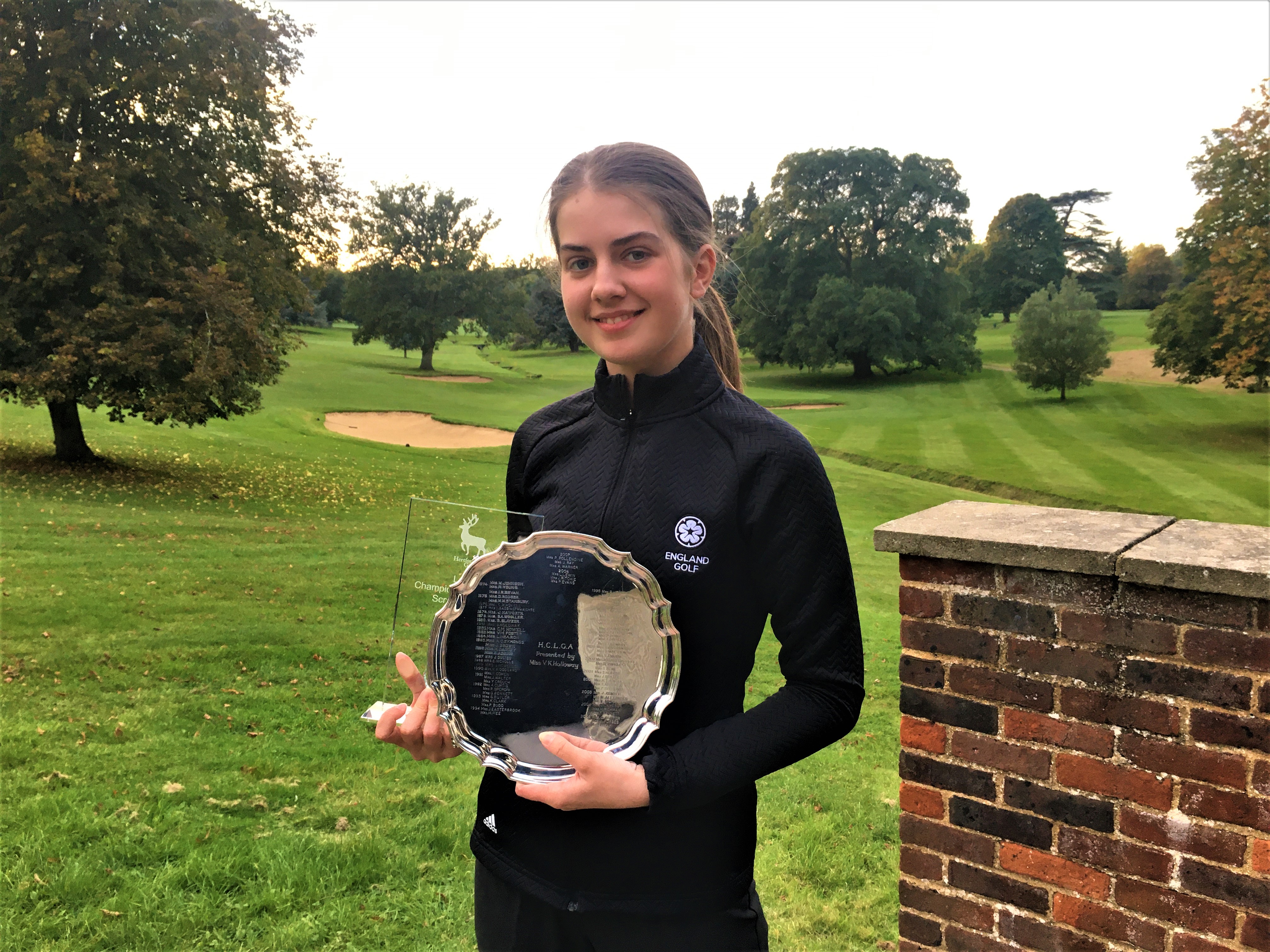 Our County Women's Champion of Champions event was played last Sunday (17 October), kindly hosted on a Sunday afternoon by the picturesque and peaceful East Herts Golf Club, with their course located just off the A10 between Ware and Buntingford. The event featured 22 Lady Club Champions from around the County compete against each other for the title of Champion of Champions, played over 18 holes as a medal strokeplay event.

Despite recent changeable weather, and some rainfall that morning across parts of Hertfordshire, thankfully the event was played in dry and mild conditions with barely a breath of wind. That said, the recent wet weather had rendered the course playing very long for the competitors on the day. Even so the course was presented excellently with greens running smoothly and looking very smart indeed in the autumnal sunshine.

The overall winner on the day was 16 year old England Girls squad member Sophia Fullbrook who returned an excellent gross score of 70 (-2). Sophia is a home member at The Melbourne Club, formerly Brocket Hall, but on this day was representing Harpenden Common, at which Sophia is an away member and where Sophia earlier in the Summer won their Club Championship. Sophia would win by 4 clear shots from Jackie Foster of Bishop's Stortford, fresh from her victory at the England Golf Senior Champion of Champions event at Woodhall Spa last month. Jackie shot a steady round of 74 (+2), which was 5 clear of the next challenger, another junior player, Darcie West of Knebworth with 79 (+7). In the handicap category, 8 handicap Debbie Lear of Hadley Wood won the prize for best nett score with a 73 (+1), by one shot from 10 handicap Teresa Wright of West Herts on 74 (+2).

Our thanks to East Herts GC for hosting on the day and congratulations to all the competitors in the field for qualifying for the event.

Next year the event will be played at Brickendon Grange GC on Sunday 16th October. 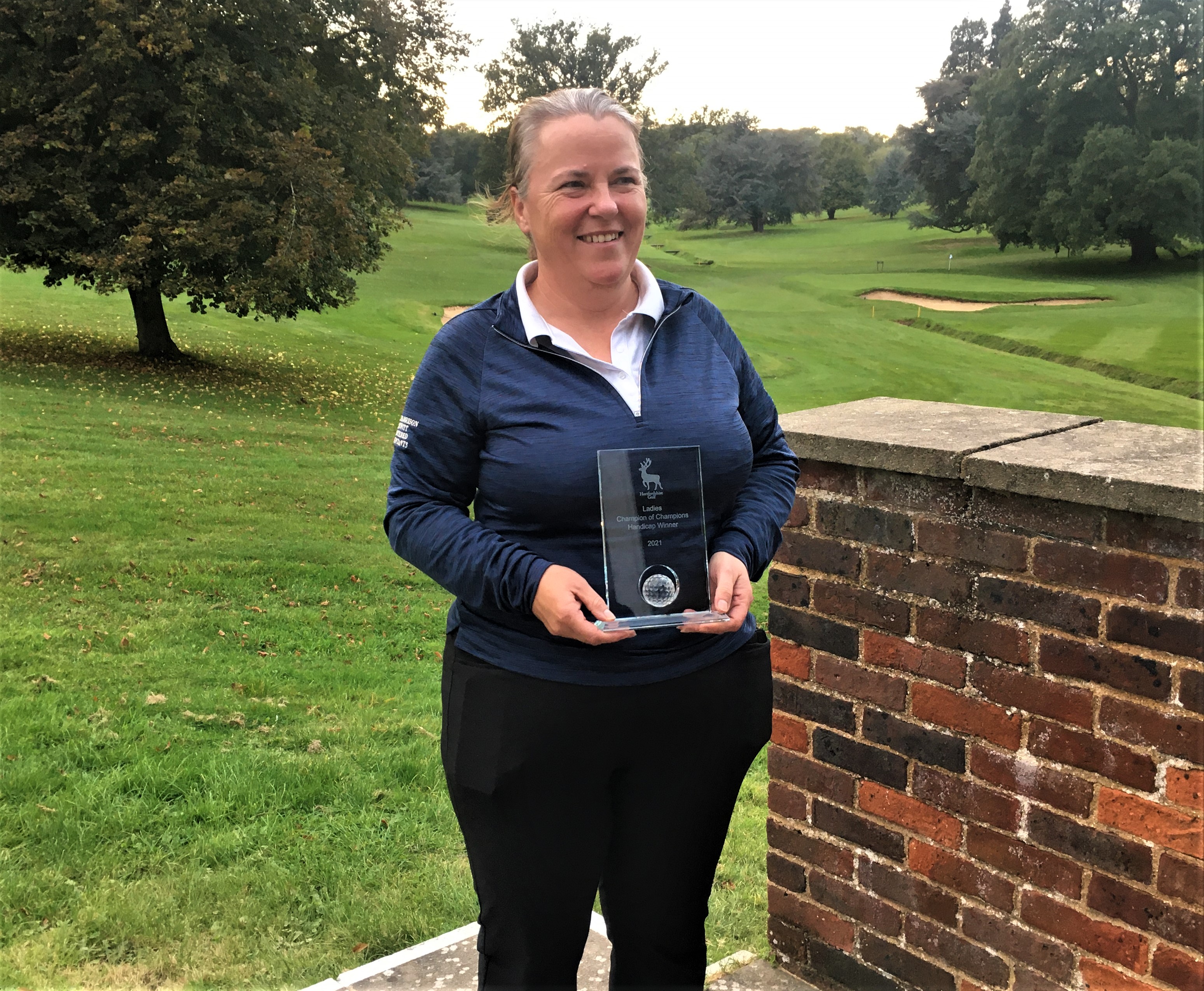 Click here to view the full scores from the day