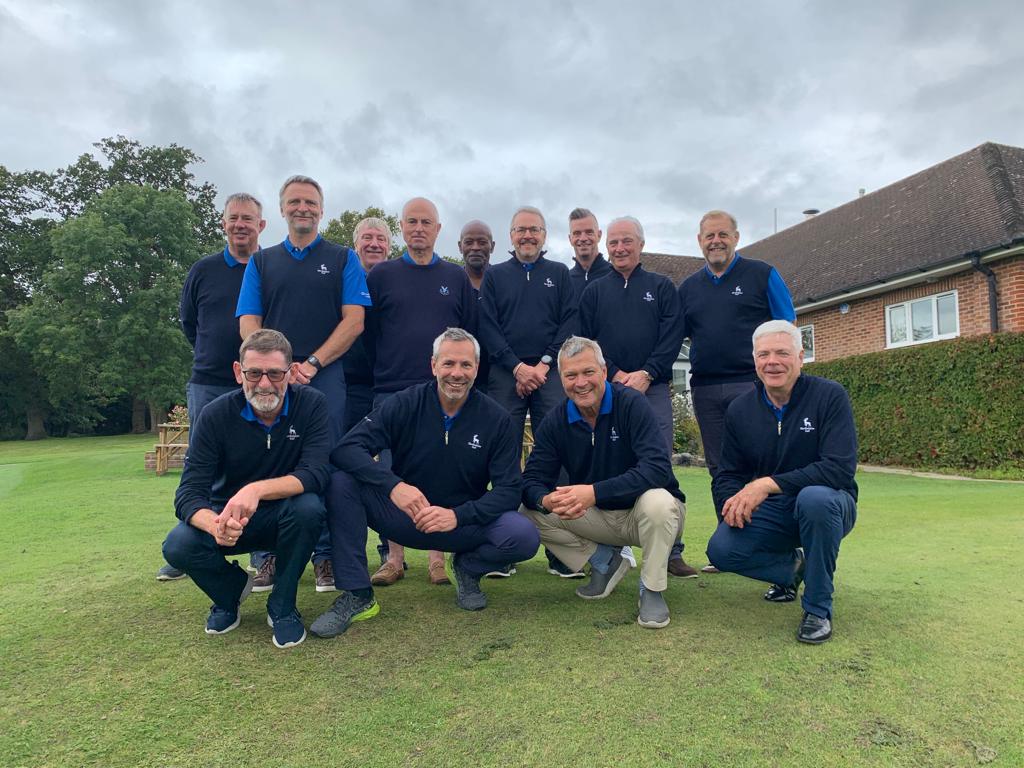 The Men's Seniors team travelled to Calcot Park Golf Club for the final of the SEG League. We had played the course earlier in the season in our regional league match against BB&O and once again it was in good condition, although thankfully with more receptive greens than on that occasion. Hertfordshire were clearly the under-dogs with our opposition, Sussex, having only the previous week won the English County final and clearly were full of confidence. As it turned out, maybe too much confidence!

We had studied their previous playing orders and needed to play to our strength which is a focus on strength in depth. Also, if we were to have a chance to win it was going to come down to the last few matches, and this was eventually the outcome.

Mitchell Steel took us out and managed a half match against Sussex’s lead player and Irish international. Two close losses followed before Mark Gershinson, making his long awaited debut, brought things back in-line with a comfortable win. Our engine room then pulled the match in our favour with a hard fought win on the 18th by Mike Ready (playing in his favoured middle order position), followed by a crucial half from Paul Nancarrow. Comfortable wins then followed from Jason Court and Phil Embleton. At this stage leaving 2 games on the course we had 5 points, which with our match margins would technically mean we would be winners, but a match victory was the focus.

With the 2 games remaining Russell Conway-Lye once again played solid golf but lost on the last, leaving Ken Whitton, who had won the 17th, to make his match all square, the task of finishing off his match. Ken was short of the 18th green for 2 and after his opponent had narrowly missed his birdie putt it left Ken with an 8 foot putt for his par and the much needed half. He duly holed his putt and Hertfordshire deservedly won 5 1/2 to 4 1/2.

A great way to end the season, and shows that whilst we may not have the lowest collective handicaps, our team spirit and strength in depth have been the core reason for our performance this year.

A special thanks to the support I have had as captain from Bob Peacock, who does all the hard work, and of course, the ever present Nick O’Byrne. Also, thanks to County Secretary Louis for driving down to watch the victory. 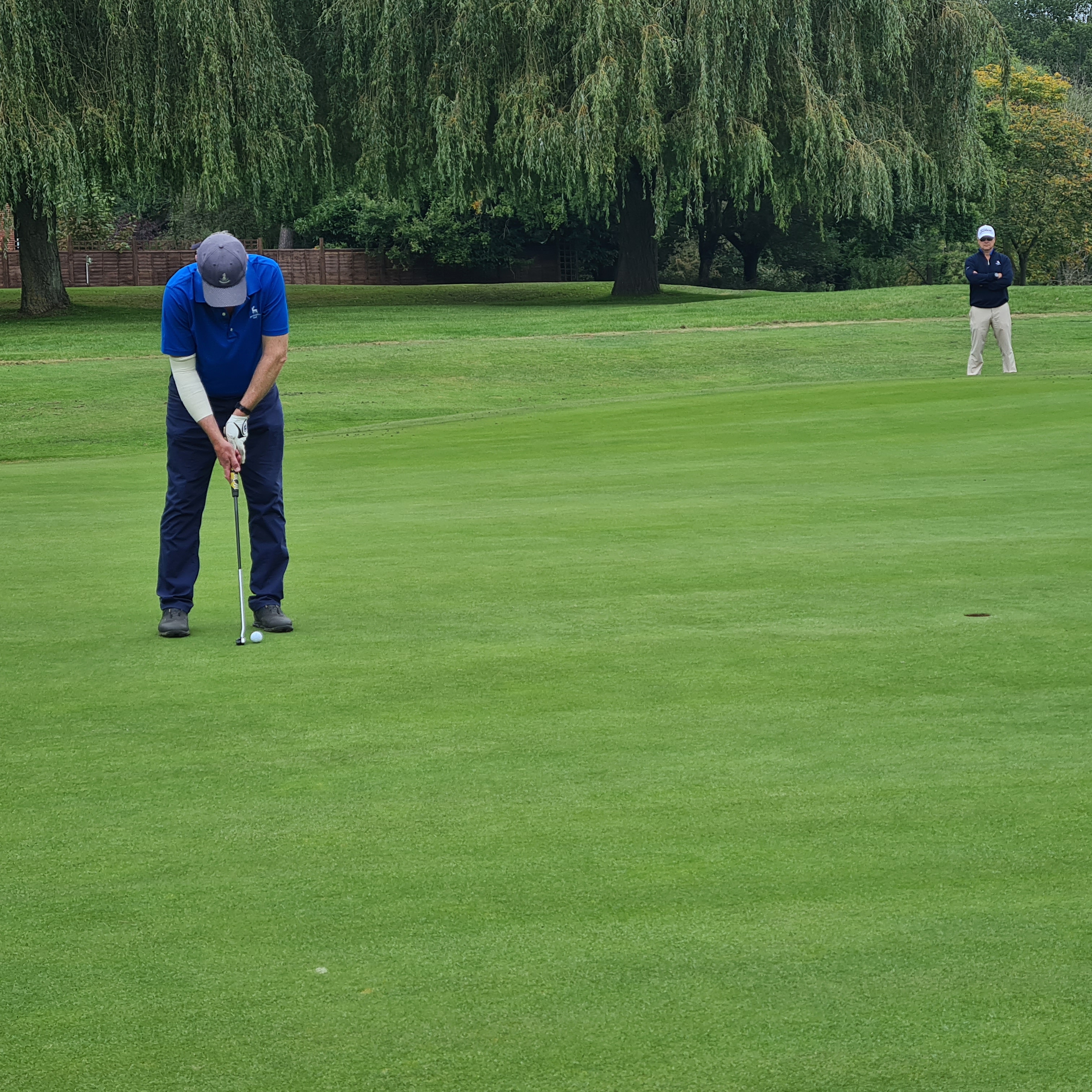 KEN WHITTON OVER HIS DECISIVE PUTT ON THE 18TH GREEN 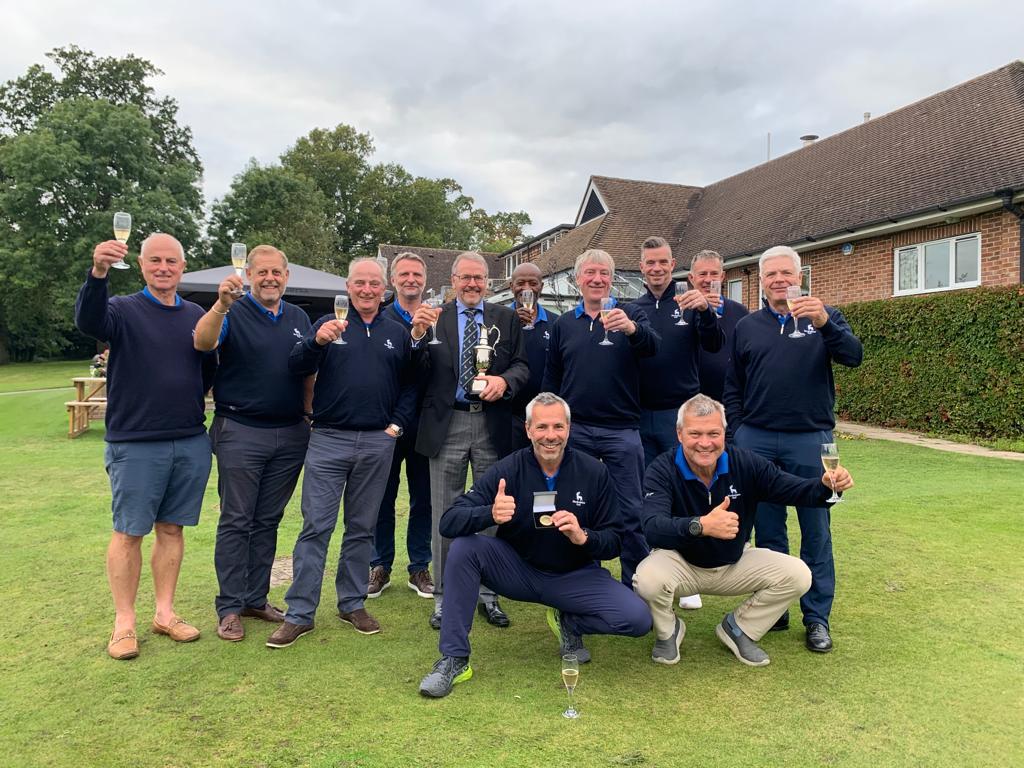