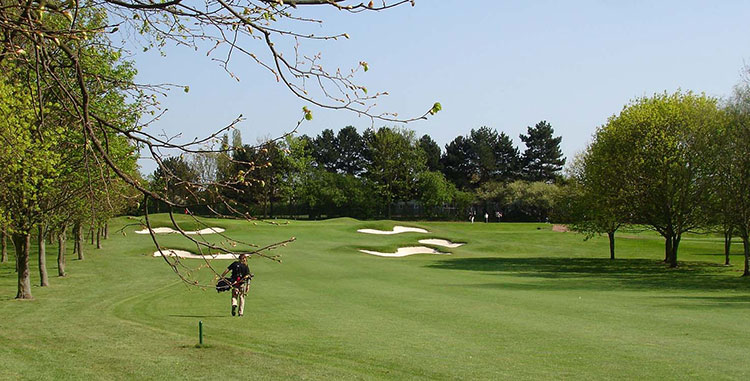 A promising Hertfordshire Boys Under 17 team went to Dartford GC last Sunday (10th October) for our annual friendly match to take on an extremely strong Kent team, containing many of their winning Under 16 team from the SEG league finals a week earlier. The welcome from the home club was excellent and their Captain ensured that all matches started on time in the rain that had not been forecast. The course is a very tight, but short, par 69 that makes for excellent match play and many of the matches lived up to expectations.

Zach Little led the way and in a classic battle won his match on the 18th green in a match in which there was no more than one hole in it at any time. Adam Ward fought hard before being edged out on the 17th as was Archie Mathers, but they were followed by the only games which were less close, with Oscar Cuthbert losing on the 15th green and James Addison fighting hard against an opponent who had a five birdie blitz from the 2nd to the 6th and then had 2 more birdies. Fletcher Masterson produced some excellent golf but was pipped by a birdie on the 18th and Michael Roche won the 16th, being the only player on either side to hit the 245 yd par 3 (with a 240 yd carry), only to also lose out on the 18th. In the last match James Baxter fought back to 3 down, back to level after 9, only to lose on the 16th.

Although we lost 7-1 on the day, this was an important match for the team as we start preparations for next year and Kent will  inevitably start as favourites for the 6 man team event in 2022 and many of our players pushed their opponents to the end. We have a lot to look forward to and work on over the winter.