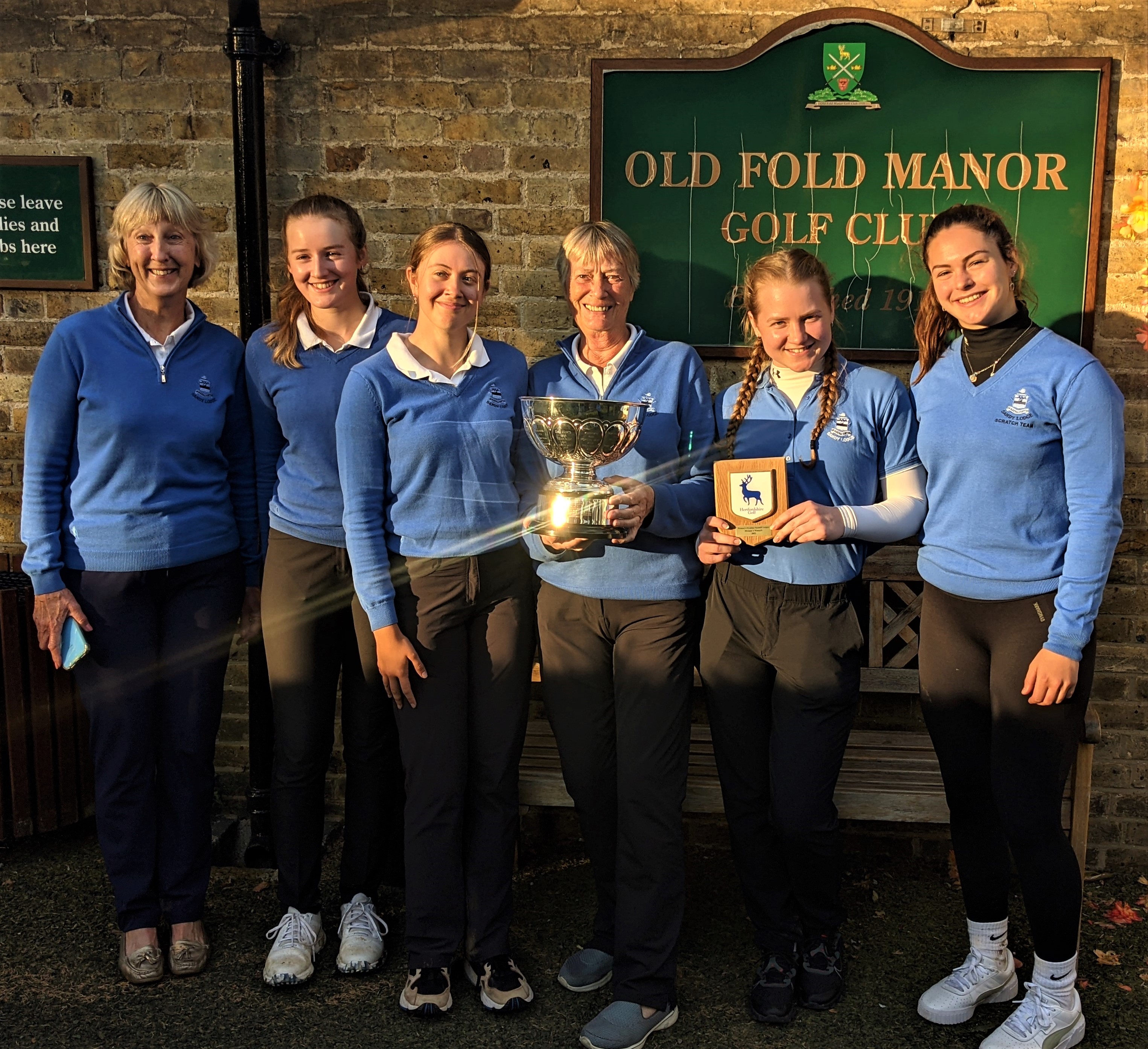 The conclusion of our 2021 Women's Scratch Leagues took place yesterday (Sun 10th Oct) with the playing of our League Finals Day event, taking place this year at Old Fold Manor GC in Barnet. This event sees the winners of each of the sub divisions from the main season play off for the right to call themselves Divisional champions. The Division 1 final saw Sandy Lodge A take on Essendon A, Division 2 was East Herts A versus Brickendon Grange A, Division 3 was Knebworth versus Berkhamsted and Division 4 saw the home club Old Fold Manor against Verulam. The format is 5 a side playing 18 holes singles matchplay off scratch.

On arrival the competitors and officials were met with a highly unforecasted rain showers that lasted until the first groups teed off. Thankfully the clouds passed over and the rest of the day was set fair, with sunshine, light breezes and mild temperatures.

The Division 1 final was won comfortably by Sandy Lodge A who won the first 4 matches, with the 5th match deciding to halve their match as the result was already decided. Surprisingly this is the first time in their history that Sandy Lodge have ever won the top honours in the Scratch League. Simularly to the top final, the Division 3 final was conclusively won by an emerging Knebworth team. The other two finals were more closely contested, with the Division 2 final between Brickendon Grange vs East Herts match going to the last green, last putt, with East Herts emerging victorious 1up in the key match to narrowly clinch the title. In the Division 4 final Verulam put up a good challenge, but would ultimately lose against the home team.

Our congratulations to all the finalists and of course for Old Fold Manor for allowing us use of their facilities on the day.

The draw for the 2022 season was conducted and is linked below for you to view.