The first Championship event of the delayed 2021 season was finally played yesterday (Sun 9 May), when the Herts Salver took place at Old Fold Manor GC in Barnet. The event is a long standing one in the Men's County schedule and is played as the annual qualifying event for our Men's County Championships, for those players who miss out on direct qualifying on handicap.

The event was played in mild, dry but blustery conditions, with the tricky Old Fold greens providing all of the 62 competitors who took part in all with a significant challenge. The event is an 18 hole scratch medal with the best 16 scores qualifying through to the County Championship event, this year played at Knebworth GC from Fri 4 to Sun 6 June.

The best score on the day to claim the Salver was returned by Anthony Biggerstaff of Redbourn with a gross 74 (+3), 1 shot ahead of a 4 man group on 75 (+4), led by Simon Irwin of Verulam with a sparking back 9 gross of 35. Anthony's round was a extremely consistent one with 16 pars and blemishes only with a bogey at the short par 4 2nd and a double bogey at the very long par 4 17th.

The qualifying mark fell on 77 (+6), with exactly 16 players achieving that score or better. The players who narrowly missed out now make up the reserve list for the County Championship event and will be called upon in score order should withdrawals from the Championship take place.

Our thanks go to Old Fold Manor GC for allowing us to hold the event 'as normal' and for giving up their course on a weekend morning in the current climate and for the continued support of the Society of Herts Golf Captains. 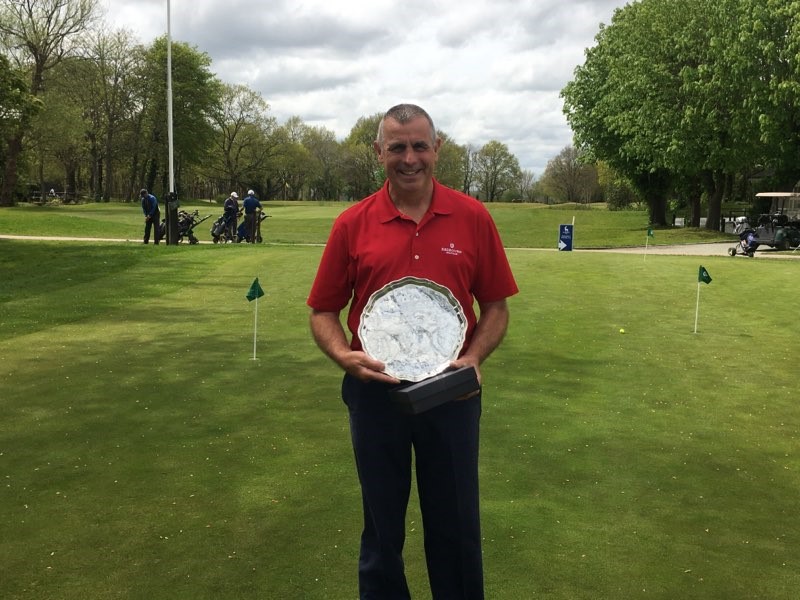