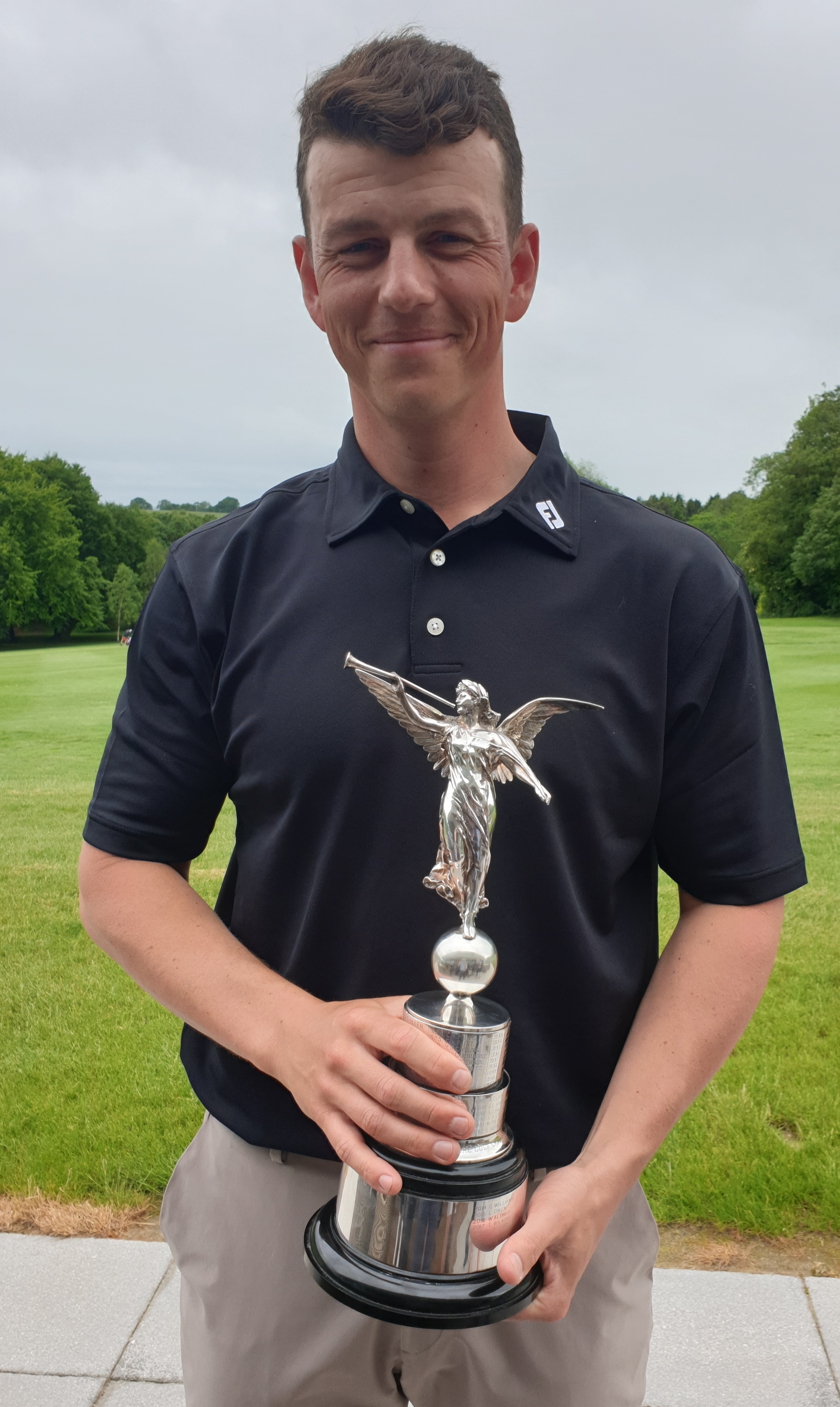 Joss Gosling won the Hertfordshire Golf Men's County Championship title on Sunday (26th May) at his home club of Harpenden, who were hosting the Championship for the 1st time in this their 125th anniversary year.

Harpenden recently won the Men's Champion Club event played last month at Hadley Wood, in which Joss was one of the three club players making up the Harpenden team and along with Joss's individual success at the prestigious Berkhamsted Trophy last month, this win has capped off an impressive and enjoyable period of victories for the club.

The event started on Friday (24th May) with the 36 hole strokeplay qualifier to determine the 16 players who would compete in the knockout matchplay stages played over the weekend. The weather was fine and dry and conducive for good golf with the course set fair and presented very well. The Par 70, SSS 71 course proved itself to be a good test as only one player in the field would return a 36 hole total better than the 140 level par. Owen Benson of Redbourn, who won the Tillman Trophy so impressively at Moor Park, would return an afternoon score of 64 (-8) (a score good enough to be a course record had preferred lies not be in operation) flew through the field to claim the medalist title for best 36 hole strokeplay score with 138 (-2). Close behind were Ed Green of Moor Park, fresh off his victory at the Herts Stag at his home club last weekend, on 140 (level) and a triumvirate of home players - Tom Speyer, recently returned from the Professional ranks, on 140, the aforementioned Joss Gosling on 141 (+1) aided by an afternoon round of 68 (-2) and Harry Bigham, returning to some good form this year, on 142 (+2). 14 players achieved scores of 145 (+5) or better, therefore a sudden death play off was required to determine the last 2 spots available from the 3 competitors who returned scores of 146 (+6). The play off was resolved at the first attempt when George Williams of Knebworth sank a long birdie putt from off the green on the 13th hole and Matthew Baxter also made a birdie 3, meaning Matt Smith's par 4 was surplus to requirements and he bowed out. So then there were 16...

Saturday morning's Round of 16 provided a few surprises, namely #1 qualifier Owen Benson losing out to #16 qualifier George Williams, although George is certainly an accomplished player and has an excellent track record in this event, namely winning at South Herts in 2014 in dramatic circumstances on the final green. George would defeat Owen 2&1 and would progress all the way to the Semi Final stage, where he met with Joss, who had defeated 2017 Champion Tony Wilkins of Harpenden Common on Saturday morning and clubmate Harry Bigham in the afternoon by the margin of 3&2.

In the bottom half of the draw #2 qualifier Ed Green won through his matches on Saturday against Matthew Baxter in the morning and Luke Colgate in the afternoon, a game which Luke had looked in control of until the final stages where Ed took control and saw out a 1 hole victory. That set up a Sunday morning Semi Final vs Tom Speyer and the dream of an all Harpenden final was still a distinct possibility.

Those hopes were extinguished when Ed defeated Tom 3&2 on Sunday morning, whereas in the top half Joss dominated his game vs George with faultless golf in a 6&5 victory.

The final match was played in uncomfortable conditions, a strong breeze had blown up and a fairly constant drizzle prevailed for much of the round. Both players made errors on the first hole and was halved in bogey 5's, but from there on out Joss played extremely solidly, finding fairways and greens when required and when Ed lost his drive on the 12th hole, Joss would take a 2 hole lead to take over to the clubhouse side of the golf course. Ed played a miraculous recovery shot after a pushed drive and combined with a deft chip to half the 14th hole in par 4's. Joss then made a rare misstep when his fairway bunker shot sailed over the green, handing the hole to Ed and the lead was halved back to just one. However in true Champion style Joss saved his best for when it really mattered and hit a majestic short iron to within a few feet of the hole on the downhill (and downwind) par 3 16th hole and duly converted for the birdie and the win to be 2 up with 2 to play. Joss then hit an excellent tee shot on the par 5 17th and followed that with another terrific iron shot to 15 feet from the cup. When Ed's birdie chip narrowly missed the game was over and Harpenden had their first Men's County Champion since Dicky Anscombe in the early 1960's.

Joss will now progress to represent Hertfordshire at the England Golf Men's Champion of Champions event played at Frilford Heath, Oxfordshire in September.

Our thanks go to Harpenden GC for hosting the event in such excellent fashion and we obviously wish them all the best for the remainder of their 125th anniversary celebrations.

The 2020 Men's County Championship will be hosted by Berkhamsted GC and will be played Friday 29th to Sunday 31st May. 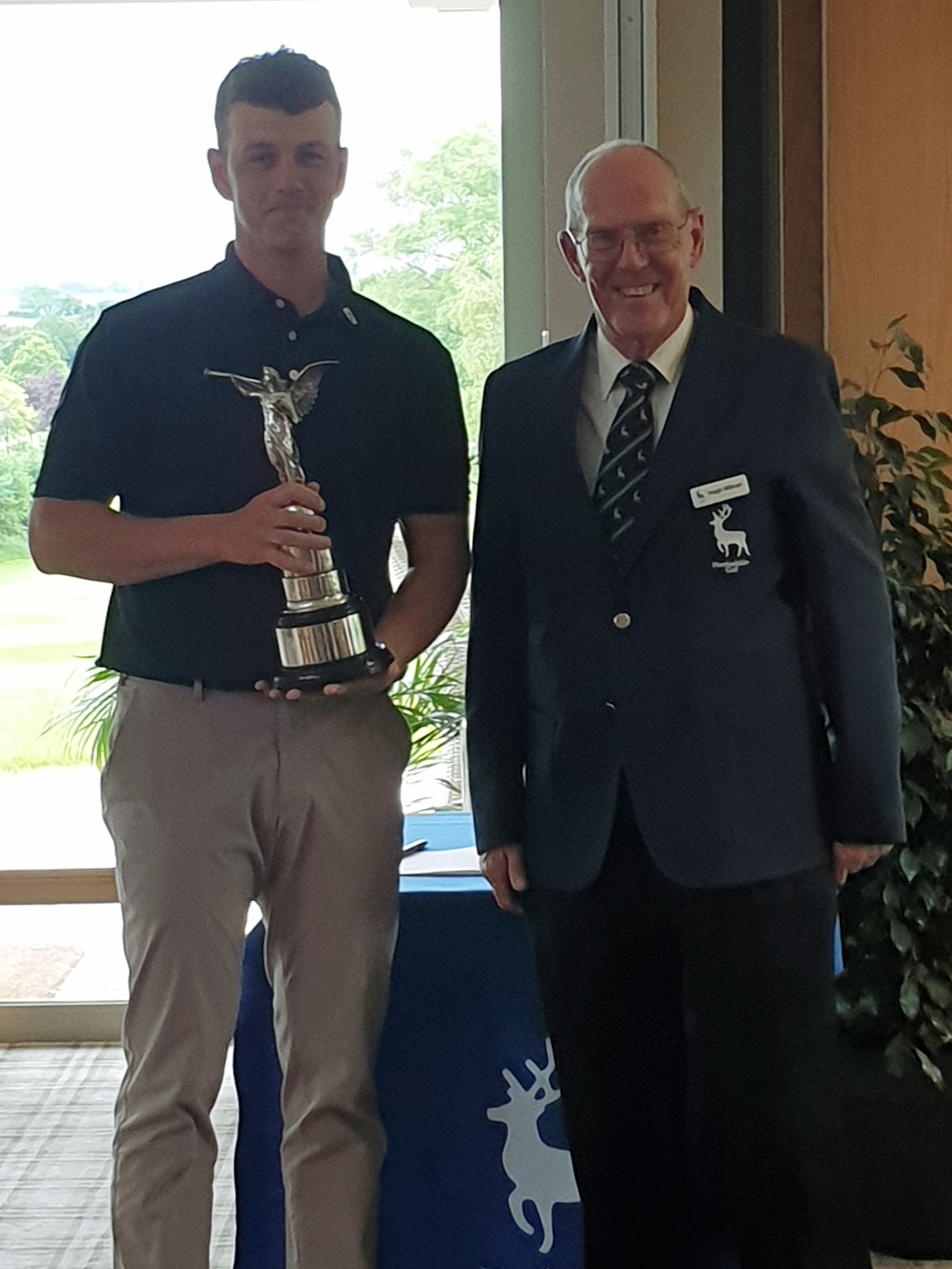 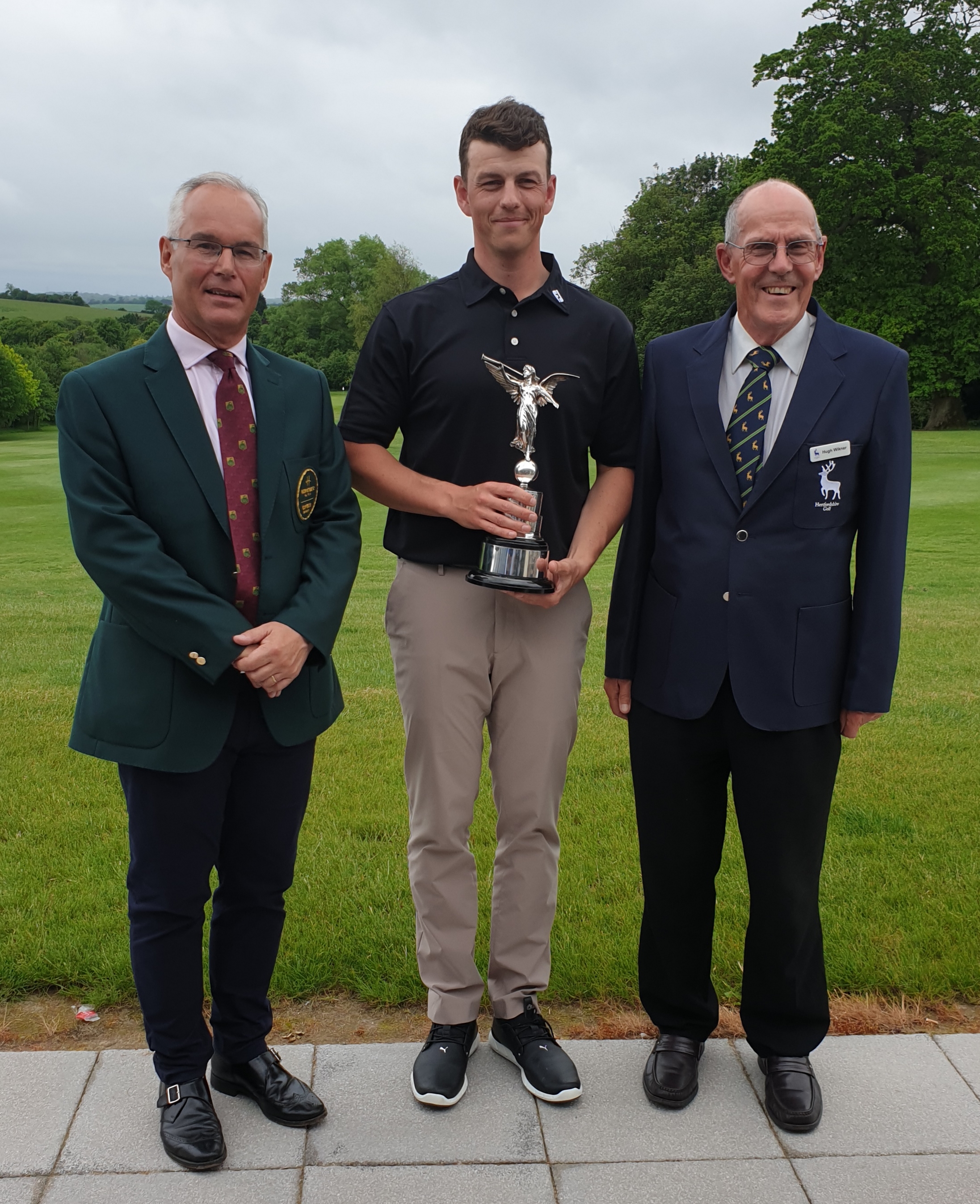 CLICK HERE TO VIEW THE SCORES FROM FRIDAY STROKEPLAY 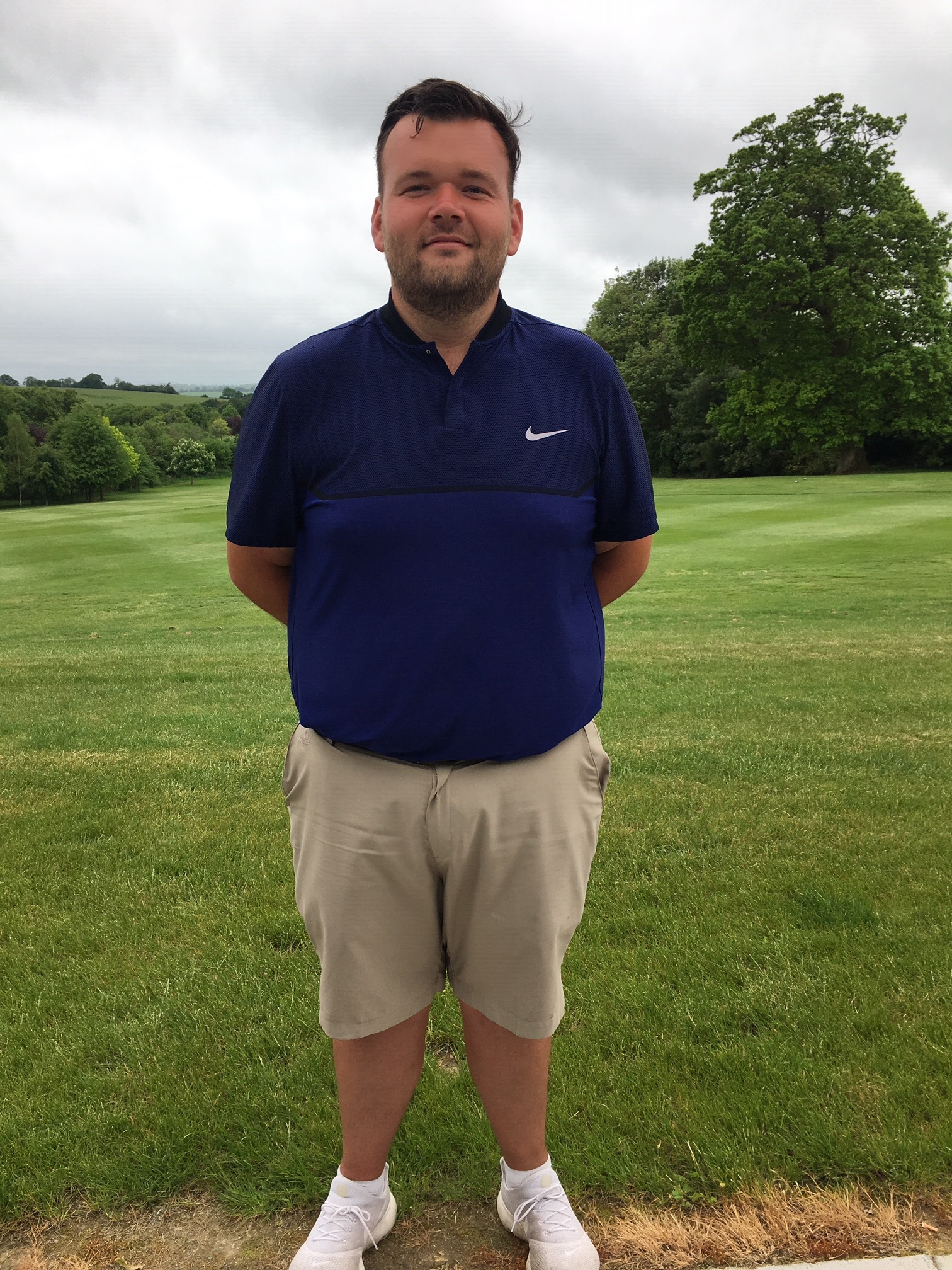